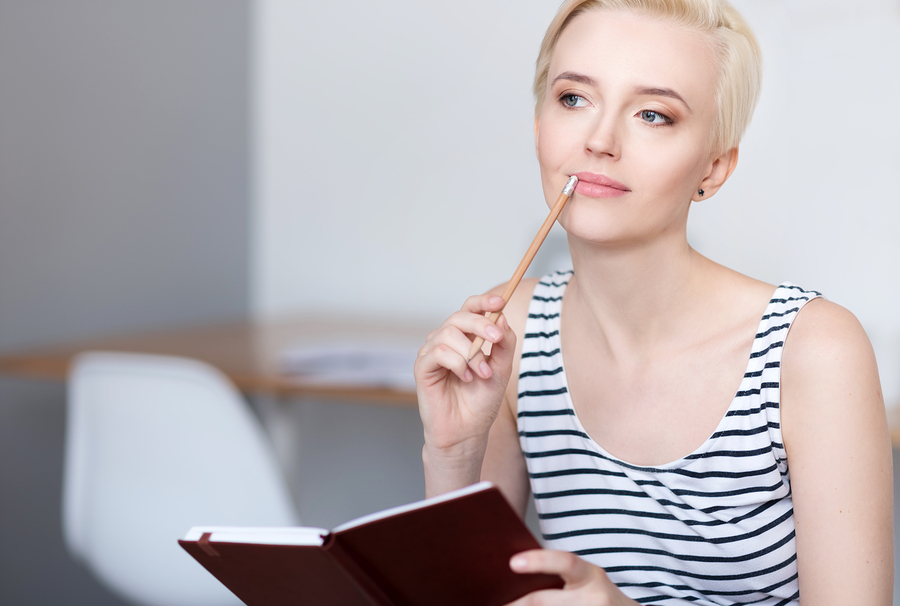 Men and women who live with bulimia nervosa (BN) eat a large amount of food in a relatively short time, and then compensate for this with laxatives or self-induced vomiting. BN is a relatively new diagnosis, first defined in 1979 by British psychiatrist Dr. Gerald Russell. Individuals who binge-eat and then purge may feel overwhelmed about coping with emotions, or they binge and purge to punish themselves. This can be in direct relation to how they feel about themselves, or how they feel over a particular event or series of events in their lives. Bingeing and purging helps individuals with BN to avoid and/or release feelings of anger, depression, stress, or anxiety. Other efforts to lose weight may include the use of diuretics, stimulants, water fasting, or excessive exercise. Over time, the effects of inducing vomiting may be seen in thickened skin over the knuckles and breakdown of tooth enamel.

Psychological conditions and features that often co-occur include anxiety, depression, substance use, and difficulties with impulse control. Approximately 70% of individuals with BN recover over time, and patients with fewer accompanying psychiatric problems seem to fare better. Ecological momentary assessment (EMA) allows patients to record symptoms, affect, and behavior close in time to the experience. Using diaries, PDAs or cell phones, many events and experiences can be recorded by patients near the time they occur.

New research indicates that for a percentage of BN patients, a genetic predisposition may play a role in a sensitivity to develop bulimia; environmental factors then trigger the response. Most bulimics are of normal weight. According to the National Alliance on Mental Illness, up to 3% of the population has bulimia. Roughly 9 out of 10 people with bulimia are female.

Treatments for BN in adults include cognitive-behavioral therapy (CBT), which has been successful in improving recovery from the illness, and use of fluoxetine, an antidepressant that has been FDA-approved for the treatment of adults with BN. Unfortunately, risk of death is increased in BN, particularly death due to suicide. Relative to treatment of BN, a thorough review of BN treatment literature was reported by Shapiro and colleagues (2007), who researched six major databases for articles published between 1980 and 2005. These researchers found 47 studies that used medication only, behavioral interventions only, or a combination of the two. They concluded that the evidence for successfully treating BN with medication was strong, as was the evidence for CBT, but that the evidence for self-help was weak. There was no evidence that sociodemographic factors made a difference in outcome. Vanderlindin et al. (2007) surveyed a large sample of eating disorder patients to find which elements in their treatment they thought were most helpful in their recovery. These patients reported that “improving self-esteem,” “improving body experience,” and “learning problem-solving skills” were all core elements that helped recovery. All of these were very similar to the items endorsed by therapists as the most important therapeutic agents.

Both Anorexia and Bulimia…

There are many similarities in both illnesses, the most common being the cause. There seems to be a common occurrence of sexual and/or physical and emotional abuse in direct relation to eating disorders (though not all people living with EDs are survivors of abuse). There also seems to be a direct connection in some people to clinical depression. The eating disorder sometimes causes the depression or the depression can lead to the eating disorder. All in all, eating disorders are very complex emotional issues. Although on the surface EDs may seem to be nothing more than a dangerous obsession with weight, for most men and women with an ED, deeper conflicts remain to be resolved.

Some of the behavioral signs can be: recurring episodes of rapid food consumption followed by tremendous guilt and purging (laxatives or self-induced vomiting), and a feeling of lacking control. It is important to realize that what makes a person bulimic–as opposed to anorexic–is not the purging, but the cycle of binging and purging. Purging may be using laxatives or self-induced vomiting, but there are bulimics who use other inappropriate compensatory behaviors such as compulsive exercise (such as excessive jogging or aerobics), to attempt to burn off the calories from a binge, or fasting the day following a binge. It is not uncommon for a man or woman with bulimia to take diet pills in an attempt to keep from binging, or to use diuretics to try to lose weight. A sufferer will often hide or “store” food for later binges, will often eat secretly and can have large fluctuations in their weight.

A sore throat or stomach pain may be the first obvious physical side effects of bulimia. Chronic, self-induced vomiting can cause a variety of symptoms in the digestive tract, beginning at the mouth. The high acid content of vomit can damage teeth, causing enamel erosion, tooth sensitivity, and gum disease.

The following is considered the “textbook” definition of bulimia nervosa. The fifth edition of the Diagnostic and Statistical Manual of Mental Disorders, or DSM-5, lists the following criteria for Bulimia Nervosa:

Dr. James Mitchell, one of EDR’s founding editorial board members and now an emeritus board member, and Dr. Pauline Keel traced the outcome of 88 studies that conducted follow-up assessments with bulimic subjects at least 6 months after patients first sought treatment. They found that the crude mortality rate due to all causes of death for subjects with BN in these studies was 0.3% (7 deaths among 2,194 subjects); however, the two researchers felt that the short follow-up in most of the studies probably meant this was an underestimation. Five to 10 years after they first sought treatment, approximately 50% of women initially diagnosed with BN had fully recovered from the disorder, while nearly 20% continued to meet the full DSM criteria for bulimia nervosa. Approximately 30% of women experienced relapse into bulimic symptoms, and risk of relapse appeared to decline 4 years after treatment began. Few prognostic factors have been consistently identified, but personality traits, such as impulsivity, may contribute to poorer outcome. In addition, participation in a treatment outcome study was associated with improved outcome for follow-up periods less than 5 years.

Two studies evaluated the long-term outcome and natural course of eating disorders, including the outcome for patients with BN. As part of the Collaborative Longitudinal Personality Disorders Study, Grilo and colleagues (2007) found that the probability of remission for those with BN was 74% by 16 months and for those who had already had remissions, the risk of relapse was 47%. Fichter and Quadflieg (2007) found that the long-term outcome of BN was similar to that in subjects with binge eating disorder (BED), while subjects with anorexia nervosa had a considerably worse long-term outcome.

Meanwhile, research is ongoing to find new ways to help patients with BN. A new study from the University of Minnesota and the University of North Dakota, has looked at personality subtypes (over-controlled, under-controlled, and those with low levels of psychopathology) for clues to who might respond best to treatment for BN (Haynes et al., 2016). CBT-Enhanced (CBT-E) treatment had the best effect upon purging among the over-controlled group. Others continue to search for changes in the brain that might lead to BN. A group in Germany used functional magnetic resonance imaging (fMRI) studies to demonstrate altered brain mechanisms in BN associated with all three attentional networks (Seitz, 2016).

A large Swedish study confirms the importance of vigilance for crossover during treatment. Although anorexia…

A Canadian study follows the risk over 12 years. The short-term risks for cardiovascular complications…

A study highlights risks of heart disease and death with BN. Mortality risk is known…

A new treatment shows benefits over electroconvulsive therapy. Neuromodulation is currently an area of great…

Encouraging results for most, but not all, patients over more than 2 decades. Gaining weight…

Problematic eating behaviors may affect up to 25% of these young patients.   Reprinted…