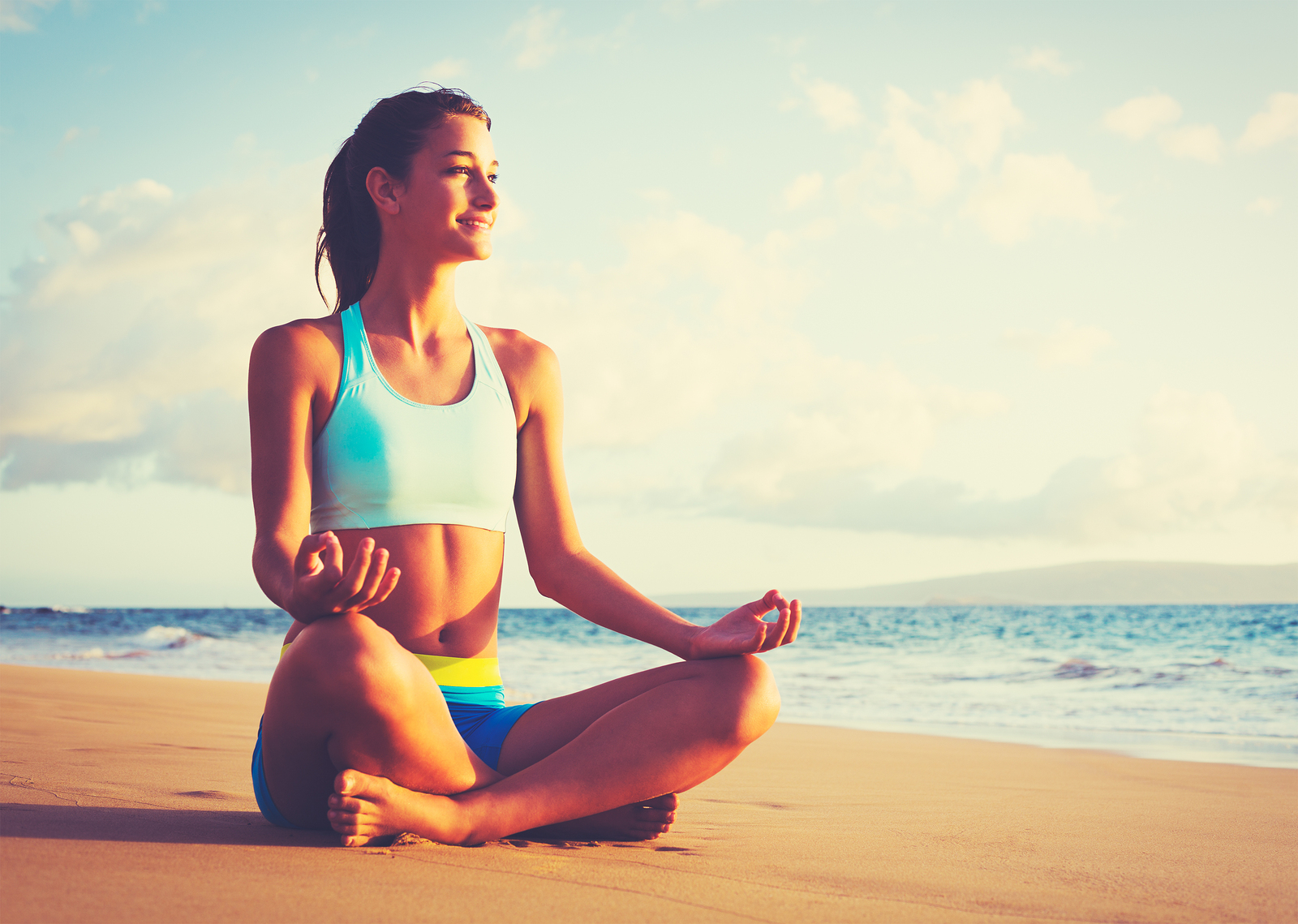 Recurring episodes of eating unusually large amounts of food, followed by a sense of loss of control and strong feelings of embarrassment and guilt.

In 1959, Dr. Albert Stunkard, best known for his extensive study of obesity, pointed out three distinct patterns of eating behavior among obese patients: night eating, binge eating, and eating without satiation. This laid the groundwork for the eventual diagnosis termed binge eating disorder. Today, Binge Eating Disorder, or BED, is the most common eating disorder in the United States.
BED affects 3.5% of women and 2% of men and up to 1.6% of adolescents in the U.S. It affects 16 out of every 1000 women in any 12-month period and 35 out of 1000 at some point in their lives. Estimates for men are that approximately 8 out of 1000 are affected by BED in any 12-month period, and 20 out of 1000 will have BED episodes at some point in their lives. In women it is most common in early adulthood, but more common in men at midlife. BED seems to affect blacks and whites equally. Comorbid problems are both physical and psychiatric.
Although most people with obesity don’t have BED, up to two-thirds of people with BED are obese and can have the medical difficulties associated with this condition. Compared with normal weight or obese control groups, people with BED have higher levels of anxiety and higher levels of both current and lifetime major depression.

As Drs. Marsha Marcus, EDR board member, and Melissa Kalarchian wrote in the January/February 2000 issue of EDR, “Since that time, research on binge eating has proliferated. Operational criteria have been developed in order to facilitate its assessment in both obese and non-obese individuals. Investigations by Spitzer and colleagues (Spitzer et al, 1992, 1993) led to the inclusion of binge eating disorder (BED) in the Diagnostic and Statistical Manual of Mental Disorders, 4th edition (DSM-IV) as a proposed diagnostic category for further study and as an example of an eating disorder not otherwise specified (EDNOS).”
In May 2013, Binge Eating Disorder finally achieved diagnostic status in the fifth edition of the DSM (DSM-5).

The key features that point to a possible diagnosis of BED are:

BED tends to have a chronic and fluctuating course and is associated with increased psychopathology including depression, anxiety, and personality disorders.

Since Dr. Strunkard’s first report of BED, research on binge eating has proliferated. Operational criteria have been developed in order to facilitate its assessment in both obese and non-obese individuals. Investigations by Spitzer and colleagues (Spitzer et al, 1992, 1993) led to the inclusion of binge eating disorder (BED) in the DSM-IV as a proposed diagnostic category for further study and as an example of an eating disorder not otherwise specified (EDNOS).

BED is characterized by persistent and recurrent episodes of binge eating in the absence of regular inappropriate compensatory behavior such as vomiting. Related features of the disorder include eating until uncomfortably full, eating when not physically hungry, eating alone because of embarrassment, and feelings of disgust, depression or guilt, after overeating. BED tends to have a chronic and fluctuating course, and is associated with increased psychopathology including depression, anxiety, and personality disorders.

Most seek treatment for overweight. Although BED is not limited to obese individuals, it is most common in this group. In fact, the majority of people with this disorder who seek help do so for treatment of overweight rather than for binge eating. About one-third of individuals seeking university-based behavioral weight control treatment binge eat. In community samples, the prevalence of BED has been found to be 1% to 2%. Moreover, recent research suggests that, in contrast to the other eating disorders, which are more prevalent among whites, BED is as common among black and Hispanic women as in white women.

Although these two eating disorders do share many similarities, most commonly eating a large amount of food in a very short time, and embarrassment and disgust after the binge. However, unlike patients with bulimia nervosa, those with BED do not induce vomiting or use laxatives or diuretics to purge after binge eating. They also don’t use fasting or excessive exercise. As a result, patients with BED often become overweight or obese.

All treatments should be evaluated in the matrix of risks, benefits, and alternatives. Eating disorder treatments tailored specifically to BED, such as CBT and interpersonal psychotherapy (IPT), improve binge eating, but have little effect on weight. CBT has been the best-studied approach and is currently considered the front-line treatment. Self-help approaches based on cognitive behavioral techniques, such as Overcoming Binge Eating (Fairburn, 1995) may be useful for some patients. It is important to note that standard weight loss treatments such as behavior therapy and bariatric surgery do not exacerbate binge eating problems, but are associated with short-term reductions in binge eating and improvements in mood. Thus, both eating disorder and obesity treatments appear to be beneficial for patients with BED.

Data on pharmacological treatment of BED are limited. Lisdexamfetamine dimesylate (Vyvanse®), a drug that’s used to treat attention-deficit hyperactivity disorder, is now approved for treating BED in adults, and is the first Food and Drug Administration (FDA)-approved medication to treat moderate to severe binge-eating disorder. In two studies involving more than 700 people, the drug lessened the average number of binge days more than a placebo. In one study, the drug cut the average number of binge days per week from nearly 5 to less than 1 at the end of the 12-week study. Placebo pills lessened binge days from nearly 5 to more than 2. The second study showed similar results, according to the manufacturer, Shire US, Inc.

Results are pending from studies investigating the combination of medication and psychotherapy.

BED as a Separate Diagnosis

Available research suggests that there is a group of individuals with impairment or distress linked to the disorder, and numerous studies have detailed the associated features of this syndrome. However, as Dr. B. Timothy Walsh, of the Columbia Center for Eating Disorders, New York City, has written, “We study what we define, it seems advisable for researchers to study the full range of clinically significant overeating.” (Walsh & Kahn, 1997). Further investigations comparing obese and non-obese patients with and without BED are needed. Such research may help clarify the distinctions between BED and bulimia nervosa, non-purging type. Prospective studies are needed to clarify the direction of associations among binge eating, weight, and mood in the general population, including men and ethnic minorities. Finally, family history and twin studies will be invaluable in determining the heritability of the disorder.

As Drs. Walsh, Marcus, and Kalarchian have noted, with respect to treatment of BED in the next millennium, more emphasis should be placed on disseminating effective approaches such as CBT and IPT. There is also a need to develop algorithms for matching patients to treatments. Further study of treatment non-responders is also warranted in order to improve outcome and long-term maintenance. Approximately 70% to 80% of individuals with BED recover over time, and those with fewer interpersonal problems appear to have a better likelihood of recovery, according to Drs. Marcus and Kalarchian. For adults with BED, cognitive-behavioral and interpersonal treatments have been successful in increasing recovery from the illness while behavioral weight loss treatment may help patients lose unwanted weight.

A study shows diagnostic crossover. Although bulimia nervosa and anorexia nervosa are viewed as distinct…

Clinicians should remember to ask patients with binge eating about binge drinking as well. We…

A host of underlying factors must be addressed first. Only about half of patients with…

A pilot study from Italy showed the drug was more effective than glicazide. Binge eating…

Researchers urge better screening for disordered eating. There has long been interest, agreement, and disagreement…