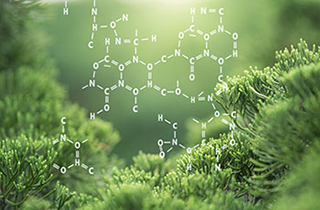 Although bulimia nervosa and anorexia nervosa are viewed as distinct diagnoses, patients share a number of common symptoms, and diagnostic crossover is also very common. From 10% to 54% of persons with AN develop BN, and up to 27% of patients with BN go on to develop AN during their illness (Am J Psychiatry. 2005. 162:732). Similar patterns of comorbidity are also seen in the two eating disorders.

One way to try to understand the relationship of AN and BN is using genetic methods. In an interesting variation on the common genetic research strategy of using identical and non-identical twin pairs, Dr. Shuyang Yao, of the  Karolinska Institutet, Stockholm, Sweden, and others used clinical diagnoses of AN and BN in a large population-based sample (782,938) of AN and BN  patients. The participants were randomly selected sisters (334,433 pairs) and half-sisters (57,036 pairs) born to the same biological parents in Sweden between 1970 and 2005.

The information came from several Swedish national registers linked by a unique individual ID number. The authors used structural equation modeling to study the heritability of AN and BN and the contribution of genetic and environmental effects on any overlap between the two diagnoses (Pyschol Med. 2021. 51:62).  The authors note this is the first quantitative genetic study on clinically diagnosed AN and BN and their overlap.

The study confirmed and extended prior work showing an important genetic component to eating disorder risk:  heritability for clinically diagnosed AN was 43% and for BN was 41%. Moreover, there was a very significant genetic component to the overlap between AN and BN. The authors also found significant unique environmental effects in their study, as both disorder-specific and common to the two eating disorders.

These results provide another level of evidence on the close relationship between AN and BN, perhaps even at a fundamental causal level.