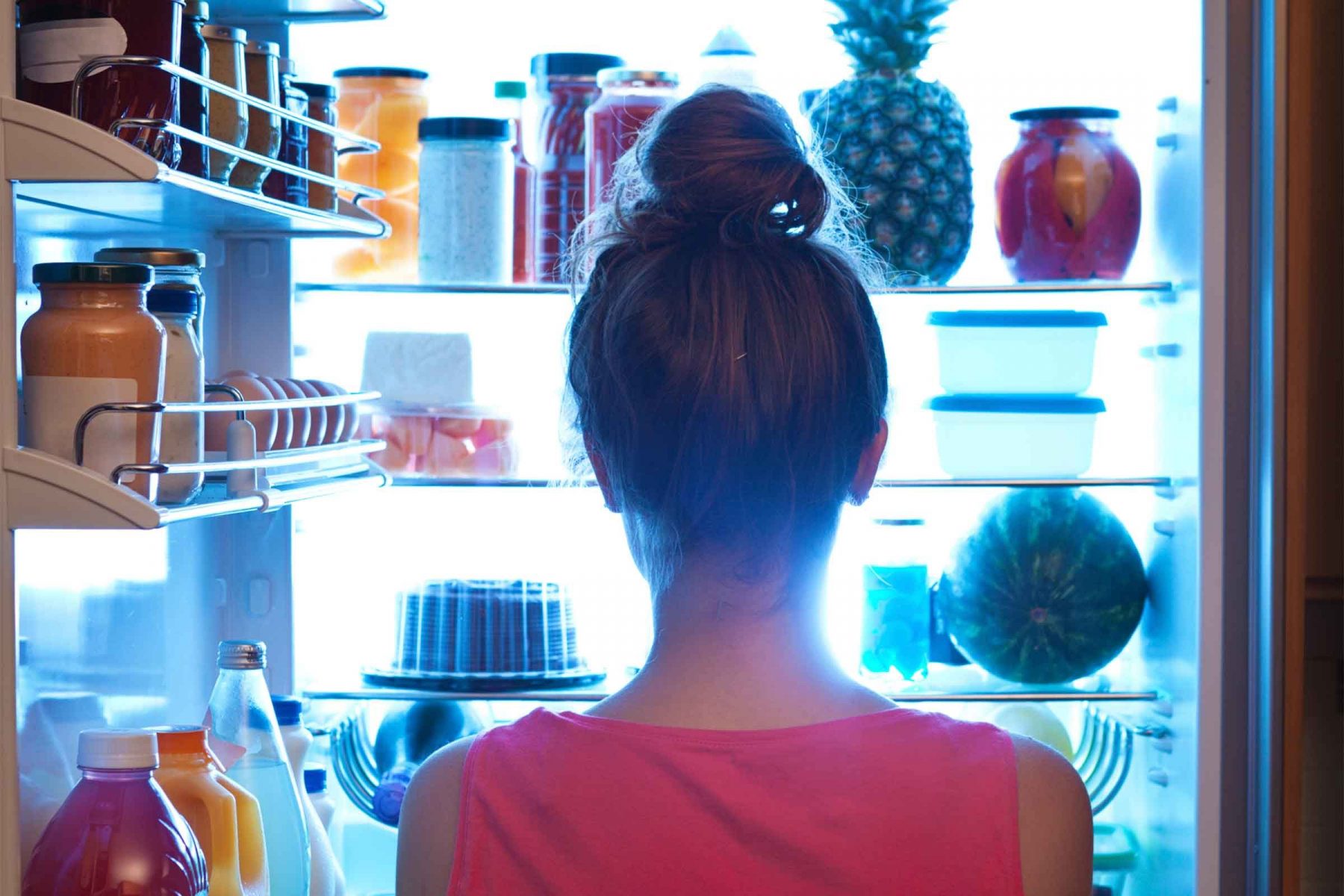 One study recommends studying night eating as an independent disorder.

Night eating syndrome, or NES, was first described by Mickey Stunkard in 1955 (prior even to the description of BED) and is still being defined and debated. The most recent definition was published in the DSM-5 (American Psychiatric Association, 2013).

The best definitions of NES have been unclear, so to better define DSM-5 proposes a number of criteria for NES. These are: (1) evening hyperphagia, or eating 25% or more of one’s total daily calories after the evening meal, and/or an average of two nocturnal ingestions, on average, per week; (2) awareness of one’s eating behaviors; and (3) at least 3 of the following criteria: (a) morning anorexia, (b) the desire to eat between dinner and sleep, (c) sleep-onset insomnia, (d) the belief that one needs to eat in order to fall asleep; (e) depressed mood or lowering of mood in the evening and nighttime; (f) distress or impaired functioning; (g) 3 months or more under these conditions; and (h) conditions not secondary to any medical condition.

Unlike some other EDs, NES is not dependent on body mass index (BMI, kg/m2) and occurs across a wide variety of body weights. However, it is most often found in obese persons, and is a risk factor for earlier-onset obesity. NES is also related to higher rates of depression and lower self-esteem. NES appears to be pretty common. Rates range from 3% to 15% in most studies.

One issue in the literature centers around the classification of NES as an eating disorder or as a sleep disorder (Expert Rev Endocrinol Metab. 2019. 14: 351). This is especially controversial because of the overlap of NES symptoms with symptoms of Sleep-Related Eating Disorder (SRED). Patients with NES and SRED both present with nightly binge-eating, an increase in weight, and sleep disruptions. Moreover, both conditions are highly prevalent among women and are often comorbid with depression. Some argue that these similarities in symptoms may indicate that the two disorders are really one disorder previously studied through two different lenses in the literature.

The only key difference between SRED and NES the authors found in their literature search was the degree of awareness individuals had during night-eating episodes. While NES patients are fully conscious and aware of their night-binging episode(s), SRED patients have only partial or no awareness of their night-eating episodes. Supporting this claim, researchers such as Latzer and Tzischinsky (2012) believe that NES should be considered an ED because of the presence of psychopathological features related to disordered eating (such as binge eating and emotional eating). However, the authors point out that the differences between NES and SRED are still under-researched.

Studies assessing NES and BED showed that the two disorders differed by the way patients engaged in emotional eating. BED patients tended to eat emotionally more often than did NES patients. This was a response to negative emotions, stressful situations, and loss of control over eating. Such findings provided support for the hypothesis that, although the observable behaviors between BED and NES may overlap, the two conditions are likely to have distinct underlying motivations for engaging in disordered eating. For BED patients, these motivations may differ because of higher levels of emotions and loss-of-control eating.

In comparison, NES patients tend to “snack” at abnormal times (i.e., after the evening meal); however, they demonstrate greater control over their abnormal eating behaviors than do BED patients. Perhaps the reason why night eaters indulge in snacking at night lies in their shame over giving in to the temptation of binge-eating and the fear of being caught binge-eating during the day. However, there are few studies exploring the motivations behind night-eating behaviors in NES patients, a key question to be explored in future studies. Another key difference between the two disorders has also been demonstrated (Surg Obes Relat Dis. 2019. 15:1374). The authors found that depressive symptoms fully mediated the relationship between BED and food insecurity, but only partially mediated the relationship between NES and food insecurity.

Dr. Kaur and her colleagues have found support for the notion that NES is highly prevalent in those suffering from obesity and BED, and among those undergoing bariatric surgery. However, in most instances, individuals with NES are unaware of their condition, and healthcare professionals are distracted by comorbid conditions. Thus, individuals with NES often do not receive appropriate mental health care, which is further worsened by the dearth of research on treatment modalities for NES. Therefore, health professionals should be made aware of NES and its high prevalence in the relevant populations. Further, according to the authors, healthcare professionals should be trained to screen patients for NES by using validated screening tools such as the Night Eating Questionnaire (Eat Behav. 2008. 9:62).

To guide clinical decision-making, the authors recommend that researchers consider a wider range of symptoms for patients with NES. Further, they suggest that NES and BED be considered as two distinctive EDs despite the high rate of comorbidity. Therefore, mental health professionals should include the underlying characteristics of both NES and BED patients into treatment, to provide the most individualized and appropriate care for these patients.

The authors reached several conclusions, and pointed out several weaknesses of their study. First, they write, “Given that the DSM-5 is governed by Western thinking and most studies included were conducted in Western countries, the results may not be generalizable to non-Western countries.” Social and cultural backgrounds are considered significant contributing factors in the development of EDs. Given this, such factors would significantly differ in non-Western countries, and future research should focus on identifying the clinical presentation of NES among individuals from a range of different cultural and ethnic backgrounds.

Second, the authors did not focus on finding evidence to resolve the debate around how NES should be classified in the DSM–as a sleep disorder– or whether it should be classified as an independent ED. According to the authors, future studies would benefit from finding answers to these crucial issues. Furthermore, all studies included in this review were cross-sectional; thus, causality and direction of the relationship of the symptoms and comorbidities assessed could not be determined. Therefore, the conduction of replication studies using different data collection methods, including longitudinal and more rigorous experimental designs, is deemed to be necessary.

Third, most studies included in the review examined mainly female NES patients (ranging from 65% to 100% of the samples). However, given that NES is equally common in males and females, and that differences in clinical presentation between these two genders have been suggested, future research using a gender-diverse sample is needed to reach generalizable findings.

Unlike most studies that compare NES with BED, these authors found that BED can be differentiated from NES by the greater occurrence of emotional eating, body-related concerns, and abnormal eating episodes among those with BED.

It seems reasonable to conclude that more work is needed to better define these questions. However, one is struck by how frequently NES symptoms are reported.