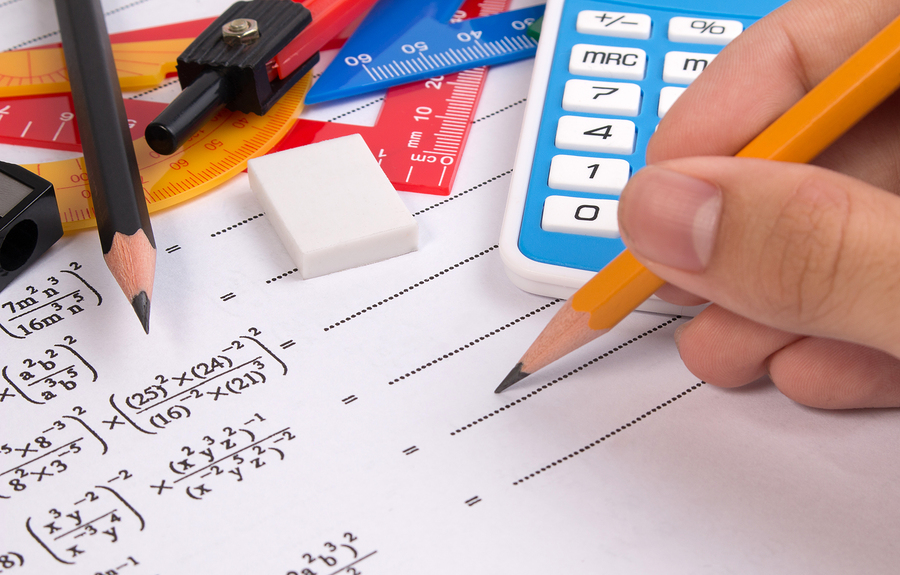 At the height of their illness, clients with eating disorders are often engaged in ongoing mental math torture. There is usually an exhausting focus on various mathematical calculations, including calories consumed, calorie expenditure, restrictive meal planning, exhaustive menu examination, weight analysis, clothing size scrutiny, and a myriad of other mental gymnastics that undermine concentration and focus upon joyful life activities.

Some of this over-focus on numbers can represent an OCD (Obsessive Compulsive Disorder) and ED overlap; however, unlike some of the other non-ED-OCD behaviors, such as door-tapping or handwashing, the ED numbers focus ends up being much more deeply rooted in meaning, entrenched “stuckness,” and trepidation.   The gold standard of treatment for OCD is more formally known as Exposure Response Prevention (ERP) therapy, and generally involves refraining from giving in to the OCD commands. ERP requires an individual to be exposed to the thoughts, images, and objects that trigger anxiety and then preventing usual responses to this anxiety with compulsions and/or rituals.

ED treatment involves a healthy dose of the ERP approach (even when not labeled as such), because keeping up with food and eating is a daily requirement (unlike some of the pure OCD “pulls” that can be more easily avoided, such as airplanes or cracks in the sidewalk), and is at the core of recovery. But the extra layers of ED meaning imbued upon the numbers means that clinicians may also need to pull in additional skills.

ED treatment is already multifaceted. Part of treatment does involve teaching a new approach involving facing calories, weight, size, and food. We wish for less negative obsession about amounts and numbers but, paradoxically, we also need a reasonable focus on some of this at the start of recovery. We are generally aiming at intuitive eating eventually, where we would hope that selection of a particular snack is based more on availability and taste preference rather than fat grams or calories. Unfortunately, most clients are far from this in the beginning. The majority need guidance in general structure, outlines, and minimums to begin the process of resetting in this confusing process of attending mindfully to hunger and fullness signals.

When negative number crunching or mental math torture is a significant symptom, sometimes creating a surprising or novel approach can help to break rigid routines. Some clients are willing to engage in straightforwardly breaking habits with a more basic exercise such as deliberately creating number confusion. This might involve repeatedly reciting random numbers or counting backwards in Roman numerals when the ED counting commences, but sometimes teaching a more comprehensive “New Math” is what might be needed.

Clients are generally well versed with skills that enable them to cut out or avoid foods. Sneaky subtraction tactics are presented by the ED as logical and necessary but are really duplicitous and devious. New Math Subtraction might involve helping a client to find other things to cut out of his or her current routines instead. We can help clients to consider other things to subtract from their current life. Aside from aiming to diminish the continual math calculations, we can encourage them to consider other, broader-range issues that deserve to get cut out of their lives. We might propose questions about what else needs to be subtracted from current thinking patterns, behavioral interactions, relationships, and life routines in general that would substantially enhance current health and happiness. When ED subtraction begins to take hold, can we stop and switch gears to figure out what else might be subtracted instead? Perhaps this involves cutting out time spent on certain social media sites or with certain competitive friends. Maybe this involves getting out of an old routine of not eating at family dinners and instead cutting out the habit of not speaking up. Rather than avoiding certain taboo foods, is there perchance a need to cut out a false assumption or negative association?   Subtracting and deleting that which truly needs to be deleted is freeing.

Individuals with EDs also add in ED-inspired behaviors fairly regularly, such as calculated water-loading to manage hunger pangs or secretive over-exercise to undo the anxiety of having added in a snack. Addition anxiety lurks around every bend, allowing the ED to attempt to prevent or “make right” any perceived failing. With New Math Addition, there are multiple add-ins to consider. We might aim to help clients to creatively consider what they need more of in their lives. This requires a broader perspective than the usual ED narrow focus, moving away from “needing” more torment and instead finding ways to add in more joy, fun, and relaxation. What else would they like to be included in their lives? What else has needed to be said or revealed that has been missing from conversations for far too long? What has been absent since the ED took residence and could be added back in? Looking for those add-ins that truly enhance day-to-day living from the inside out creates a whole new dimension of living.

ED multiplication misery comes in various forms, such as repeatedly rounding up calorie estimations, distorted message cycling, and falling into mirror distortion trickery. New Math Multiplication focuses on more authentic ways of maximizing enjoyment.   Helping clients orient to ways of capitalizing on and actively seeking out more of the good is complex at the beginning but becomes increasingly easier as new routines are established. Like learning the times tables, there is effort needed at first but then the calculations become second nature. Can we help clients find a way to practice reviewing the positive experiences and moments of gratitude twice as often as the negative? Are there activities that would be double the fun with a good friend? Can we orient to how the delight of a meal or the comfort of an outfit might be quadrupled? Multiplier effects can create an explosion of positive experiences.

Grapes cut in half, sandwiches into quarters, or brownies into sixths are not uncommon partitioning practices for those struggling with an ED. There is often the concern about how much is too much, and then the derogatory division begins. Instead of cutting the serving in half, can we explore ways of cutting the stress in half? Can divide up the unrealistic work load instead of the next snack? Helping a client to stay in treatment and to feel the support of their treatment team and their support system is likely to be the most essential new math concept in the domain of division. Any workload, fear, anxiety, and confusion are generally reduced significantly when shared with others. Clients have often spent so much time operating secretly and calculating cunningly that this notion of sharing and letting in others will be hard, but ultimately distributes the difficulty so much more effectively. Dividing the things that truly need sharing and balance rather than the nutritional intake needs allows more stable and settled focus overall.

Just as with any new skill, New Math requires practice and repetition. Once we are used to approaching situations in one way, shifting to a new way of thinking takes time and patience. Sometimes, however, a little bit of surprise and lightheartedness can disrupt even the most rigid of routines.

Sandra Wartski, PsyD, CEDS has been working with eating disorders over the past 25 years.  She is a licensed psychologist who works as an outpatient therapist at Silber Psychological Services in Raleigh, NC.   She enjoys providing presentations and writing articles on a variety of mental health topics, particularly ED-related topics.