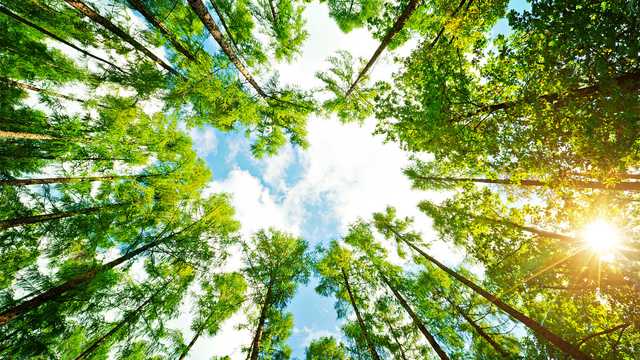 Numerous studies have shown the incredible physical and psychological benefits of spending more time in Nature, and this may be an intervention that more clinicians need to consider as part of the eating disorders treatment plan.  The notions of slowing down and mindfulness are commonplace for therapists teaching clients about food, mood, and body. Taking in more Nature can have exponential benefits as well.

Richard Louv coined the term, “Vitamin N” in his landmark book, Last Child in the Woods(in which he also creatively references Nature Deficit Disorder and “Leave No Child Inside”) and adds more in his latest book, The Nature Principle.  Louv has been actively promoting the concept of teaching today’s children about nature, particularly in our current technologically-focused society overrun by electronic devices.  One of his well-known quotes is “The child in nature is an endangered species, and the health of children and the health of the Earth are inseparable.”

The  “Nature movement” has grown exponentially, and many other authors have explored and reviewed various aspects of the benefits of nature, including the seminal work of Florence Williams’ The Nature Fix, Amos Clifford’s Forest Bathing, and Eva Selhub and Alan Logan’s Your Brain on Nature.  Although the periodic reference by some of the authors to assisting the “obesity epidemic” is likely to bring up disgruntlement or disagreement among ED clinicians, the science behind the benefits of nature remains awe-inspiring.

The Value of Time Spent in Nature

The value of time spent in Nature is indisputable, and some of the quantifiable benefits are fascinating. Many great thinkers and inventors (Aristotle, Darwin, Beethoven, Einstein, and Roosevelt) have noted that they were inspired by Nature. Now, neuroscientists and social psychologists are going back into Nature as well.  Scientists have documented that individuals who spend more time in Nature are happier, calmer, less anxious, learn better, have improved memories, pay attention better, get sick less often, have more social skills, and in general are nicer individuals.

Many studies also consistently show the many physiological benefits of those who spend time in natural environments. Some of these benefits are decreased sympathetic nervous system symptoms (heart rate, blood pressure, sweat glands and decreased cortisol [stress hormone], and increased performance on memory and creativity tests.

Some of these positive effects have even been duplicated by simple things – like putting more green plants or Nature photos in the lab or the office where they do their testing. Others plan testing subjects before and after a walk on an urban street compared to a walk in the woods.  Some subjects are subjected to temporarily stressful events, like watching a video of a gruesome woodworking accident, and then view a Nature or urban video. Individuals who viewed Nature photos following a stressful video returned to baseline considerably faster than those viewed non-nature videos. Hospital patients with “green” views apparently have been found to have shorter postoperative stays, require fewer painkillers, and have slightly fewer complications compared to those who have no such views.  This type of research is clearly complicated, and involves many confounding factors, but the initial findings are quite impressive.

Research on this topic is spreading worldwide.  In the United Kingdom, a Mappiness App with a reported 3 million subjects tracked mood randomly throughout the day and found strong evidence of joy correlated with being outside.  Japan started a practice of “forest bathing” (hiking in the forest for a weekend) and found many healing effects, including increased immune system health and decreased inflammation. In the Netherlands and Canada, researchers found a lower incidence of various diseases—including depression, anxiety, and migraines—in people who lived closer to green spaces.

Effects on the Brain

Research Looks at the Positive Effects

There has been a fair amount of research into why Nature has such a positive effect on so many areas of the body, and this realm of research seems to include a bit more controversy among scientists.  There are some who say that the positive relaxation effects of being outside relate primarily to increased body movement, which is more likely to occur if an individual is outside. Others suggest that bodies relax in more natural surrounding because this is where humans evolved.  Time spent in Nature also tends to touch upon all of our senses, and so there are hypotheses about how a recalibration of our senses with natural input is key.  Some theories focus on the visual senses, including the fact that more fractal shapes may trigger neurochemicals in our visual cortex,which assists in relaxation.  Others focus on the smells present in outdoor space; here, airborne chemicals raise white blood cell counts, which are helpful in fighting infection. We might not know exactly why Nature can be both tranquilizing and re-energizing, but the evidence continues to support that there are certainly multiple benefits.

How much nature time is beneficial also remains unknown, but Tanya Denckla-Cobb and Tim Beatley from the University of Virginia have developed a “Nature Pyramid,” which outlines ideas on getting adequate servings and variety of Nature in the course of a year.   Like the Food Pyramid, there are elements in Nature that should be consumed more frequently and in greater quantities, and those that might be consumed less frequently.   Denckla-Cobb and Beatley, along with others, argue that exposure to Nature is a necessary part of human life.  As ED clinicians, we are quite familiar with the prospect of helping clients learn that attention to all foods in various quantities throughout the day is what allows for healthy brain and body functioning.   The Nature Pyramid is not intended as a strict guideline, but more as a conversation-starter about getting doses of outside time at regular intervals.

Regular Infusions of Nature Could Help Almost Everyone

Regular infusions of Vitamin N could help most anyone living in our fast-paced, plugged-in, social-comparison digital age, particularly those struggling with serious mental health issues like EDs, who might derive even greater benefit. There is good sense and science behind including time in Nature as part of the wellness plan, especially given the many improvements in mood, mindfulness, mental capacity, medical recovery, creativity, and overall better functioning that are reported after contact with Nature. This recommendation might not only be more readily accepted by our clients but could have long-lasting impact as well.

Ideas for how we might use nature in our ED treatment plans abound, ranging from simply recommending time outdoors to using active 5-senses-centering in the woods.  Being in Nature allows time and space for slowing down, and for distraction, metaphor hunts, and taking in a big-picture perspective.  Outside there are no mirrors, no scales, and no electrical outlets. There is less need for a certain “look” before spending time outside, and instead a greater focus on being functional and comfortable, notions quite similar to those being emphasized in ED treatment in terms of aiming for feeling good rather than over-focusing  on looking good.

There are, of course, caveats for our ED clients, such as not allowing the Nature prescription to become an excuse for over-exercise or for isolation. However, as is the core of so much of ED work, using moderation and an individualized approach is key.   Attending to Nature could not, naturally, be a substitute for the primary steps of ED treatment, but it might allow an add-in of a “vitamin” often overlooked in our usual approach to addressing the brain and the body in recovery.

So, as has become the new motto in Nature proponents’ blogs, let’s promote trading screen time for green time!

Sandra Wartski, PsyD, CEDS has been working with eating disorders over the past 25 years.  She is a licensed psychologist who works as an outpatient therapist at Silber Psychological Services in Raleigh, NC.   She enjoys providing presentations and writing articles on a variety of mental health topics, particularly ED-related topics.