For the past 24 years I’ve been delighted and honored to edit the Eating Disorders Review, and I write this final column with gratitude and a modest sense of accomplishment.

I thank Dr. Cheryl Rock, who was a key player in Nutrition and the M.D., a sister publication based largely at UCLA, for the inspiration and challenge to do something similar for the field of eating disorders. When in 1989 she proposed the idea of developing a professional newsletter devoted entirely to eating disorders, little existed in the way of organized resources for professionals devoted to treatment of eating disorders. By 1990 we were in operation, and since then we’ve had an excellent run: 144 issues in which we’ve endeavored to scan, distill and disseminate the emerging scientific literature in peer-reviewed journals and conference presentations, and review newly published professional books. We’ve attempted to bring these kernels of information to concerned clinicians, researchers, students, trainees and others.

When we began our publishing efforts, available eating disorders community resources consisted of several local and regional advocacy groups extending to national reach (such as ANAD and ANRED). EDR first appeared a few years after the International Journal of Eating Disorders started publication (1981), and at about the same time that iaedp was formed (1989), and before the beginnings of the Academy for Eating Disorders (1993), The Eating Disorders Research Society (1995), NEDA (2001) and BEDA (2008). And, an additional number of peer-reviewed journals devoted to eating disorders have since appeared. When we started to publish there were no practice guidelines; now the American Psychiatric Association, The National Institute of Clinical Excellence, in Great Britain, and several other international sources have produced very helpful guidance. When we started there was no internet, and no Google Scholar.

So, although I’m going to personally take leave from this effort, I’m confident that today’s eating disorders community will be able to readily find up-to-date information and news about emerging developments. I’m delighted to report that iaedp has arranged to take over publication of a new EDR beginning in January 2014.

A large number of individuals deserve a sincere “Thank you” for allowing EDR to happen. Over the years Mary Kay Stein, our indefatigable managing editor, has brought her consistently keen “nose for news,” high-quality writing, editorial talents, and seasoned and steady hand to each and every issue. Leigh Cohn and the Gürze publishing enterprise have been entirely supportive, protective, artistically creative, and technologically inventive in EDR’s production – on paper, and over the last several years in an attractive, widely distributed electronic version.

From the very beginning of our efforts an array of outstanding authorities and leaders in the field have generously helped. Russell Marx has devotedly served as Associate Editor. I’m very grateful for the assistance of our illustrious editorial board: Drs. Arnold Andersen, Scott Crow, Michael Devlin, Kelly Klump, James Mitchell, Pauline Powers, Cheryl Rock, Stephen Wonderlich, and Kathryn Zerbe. I’d also like to thank the members of our emeritus board, Drs. Wayne Callaway, Marsha Marcus, B. Timothy Walsh, and Tami J. Lyon, MPH, RD, CDE, as well as the prolific Dr. Walter Vandereycken.

Finally, I’d like to thank all of the readers of EDR, who are dedicated to the care of patients and families suffering from eating disorders. Keep at it — You’re doing God’s work. 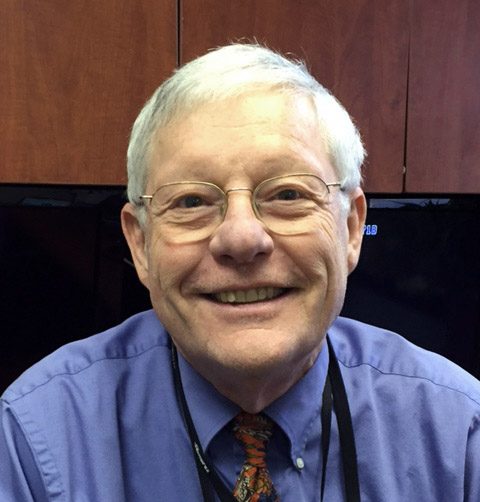