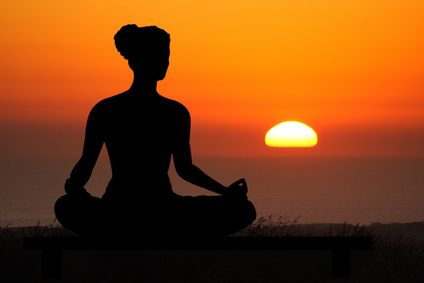 Could regular sessions of yoga be beneficial to patients with eating disorders? Psychologist Kari Ebbesen Karlsen and collaborators at the University of Norway, Helgeland Hospital, and the Institute of Eating Disorders, all in Oslo, Norway, recently found that yoga sessions produced a positive effect on patients with bulimia nervosa  (BN) and eating disorders not otherwise specified (EDNOS) (Int J Yoga. 2018; 11:168).

A small (but growing) literature has examined the effects of yoga and eating disorders, but this has largely focused on AN. Dr. Karlsen and colleagues report on the effects of yoga for patients with BN or EDNOS (now renamed in the DSM-5asOther Specified Feeding or Eating Disorder, or OSFED).

To test their theory, the authors recruited participants through ads at hospitals, and ads directed to physicians, students at the University of Oslo and to members of a Norwegian nonprofit organization for patients with eating disorders (www.iks.no). Participants were included if they were female, 18 years of age or older with aDSM-IVdiagnosis of BN or EDNOS, and no prior experience with yoga. There were 38 volunteers.

Women in the yoga group received 90-minute sessions of Hatha yoga led by an experienced and dedicated yoga teacher (Dr.Karlsen) twice a week for 11 weeks. The class began with relaxation and awareness of the body, followed by different exercises, breathing exercises, concentration meditation, and a longer relaxation period at the end of the session. During the classes, participants learned about the philosophy of yoga, specifically that is a noncompetitive form of activity and that they needed to be aware of their physical and mental limits while performing the exercises.

At baseline, there were no differences between the yoga intervention group and the control groups. The authors had predicted a high dropout rate, and at the end of the trial, this was 30% and rose to 37% at the 6-month follow-up. The intervention group showed significant reductions in theEDE global score, the EDErestraint subscale, and eating concerncompared to the control group. These differences increased at the 6-month follow-up. There were, however, no differences between the two groups in the EDI-2score.

Why yoga might have positive effects for patients with eating disorders

Yoga’s positive effect may be due to its effect on the patient’ s experience of his or her body, which may be especially effective for counteracting body dissatisfaction and subsequent development of an eating disorder.   It is notable that positive effects persisted at 6-month follow- up. The authors suggest a study of the comparative effects of yoga and psychotherapy, as well as studying additive effects.  The latter approach seems the most likely way forward, perhaps in relation to yoga but also a variety of different treatment strategies. (Also see “Questions and Answers” elsewhere in this issue.)