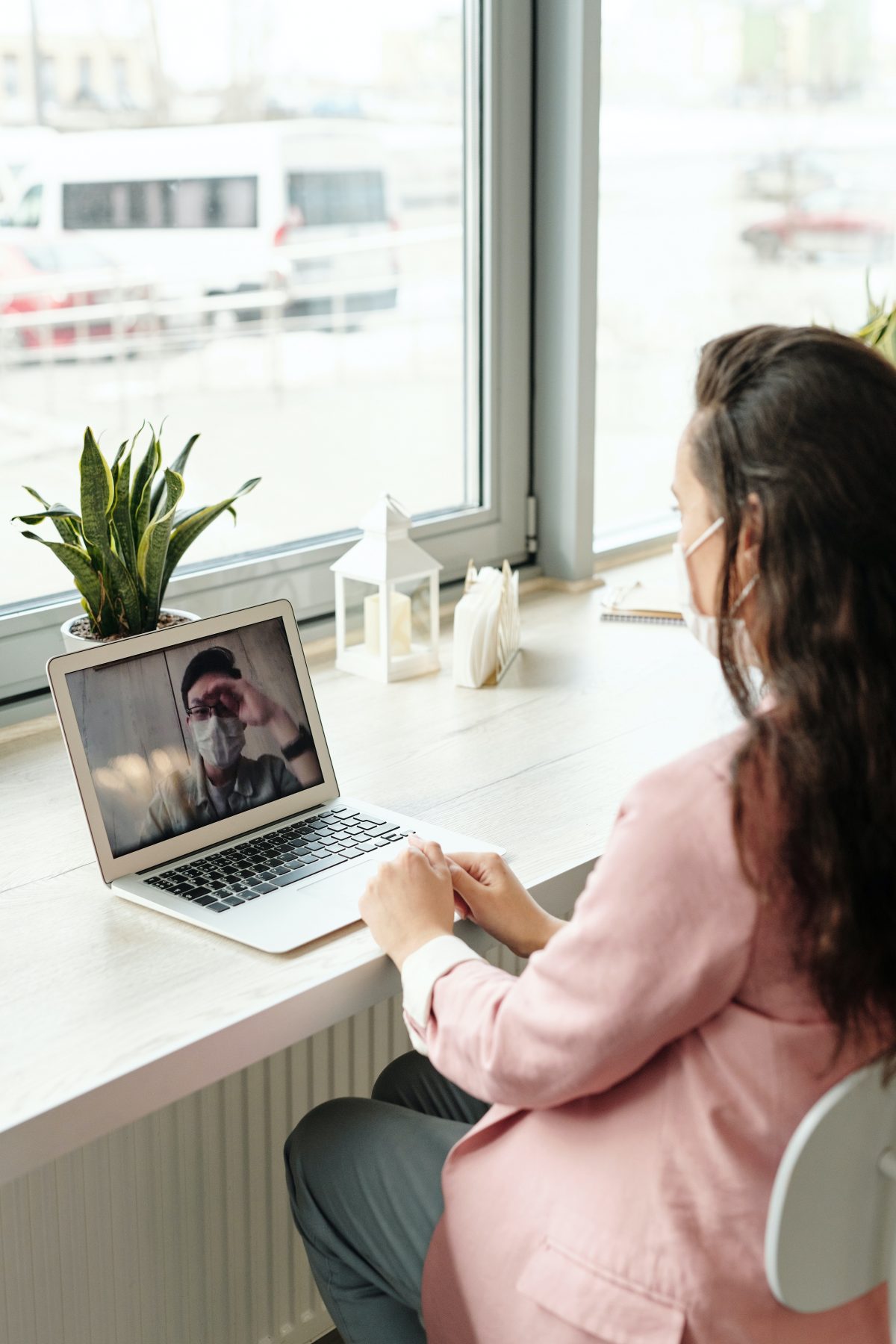 Face-to-face cognitive behavior therapy (CBT) is a primary treatment for eating disorders, but its availability is limited. That is, patients may encounter long waiting times due to lack of trained therapists, or may be worried about the stigma of an ED; cost is another important barrier.

ICBT is a promising approach for the prevention, treatment, and relapse prevention of EDs, and is particularly important when face-to-face CBT is not possible.

There is evidence that early intervention leads to better outcomes (Beat, 2015), and Internet-based CBT (ICBT) may provide a cost-effective, evidence-based alternative to mitigate the adverse effects of delayed intervention. In particular, the anonymity offered by ICBT may appeal to those who delay seeking treatment because of concerns about the stigma associated with EDs (Ali et al., 2017). The vital need for ICBT in treating EDs at times when direct contact is not an option has only been highlighted by the COVID-19 pandemic, which has led to a shift to telehealth in place of face-to-face consultation.

Who Could Benefit From ICBT?

The ED research literature is limited in identifying consistent patient characteristics that predict good outcomes from ICBT ED programs, and further research is badly needed. Today, ICBT programs are targeted at females, and the effects of ICBT on males have not been a focus of research. Internet-based CBT requires patients to have adequate literacy levels and skills in information technology (IT), and no visual or auditory impairment.

Aardoom, Dingemans, Spinhoven and Furth (2013) suggest that ICBT for EDs is more beneficial for persons with less comorbid psychopathology, those who binge-eat vs. those who restrict eating, and those with BED vs. those with BN. Wagner et al. (2015) propose that ICBT is more suitable for persons with BN and related eating disorders not otherwise specified (EDNOS), patients with less severe symptoms (lower baseline binge rate, and lower body dissatisfaction); and those with higher drive for thinness, higher motivation to change, and higher harm avoidance. Some symptoms include excessive worrying, pessimism, shyness, being fearful, doubtful and easily fatigued, as detected with the Temperament and Character Inventory. More recently, Levallius, Clinton, Hogdahl, and Norring (2020) found that two personality traits in particular, high Openness to Experience (open-mindedness) and high Conscientiousness, from the Five Factor Model, indicated better treatment response to ICBT in full or sub threshold BN patients. These authors thus recommend that baseline personality assessment could facilitate patient selection.

As the level of need for treatment may change over time, monitoring, especially for any deterioration, is essential. Pregnant women need to be monitored closely, and ICBT is contraindicated in persons needing hospitalization, those with suicidal ideations or other risky behaviors, and those with severe mental illness, such as acute AN or major depression, or a psychotic disorder.

What Is The Role of the Therapist?

The role of the therapist could change in the near future, due to digital intervention – from ‘therapist’ to ‘guide’ or ‘facilitator’ (Yim and Schmidt, 2019). Currently, the evidence base supports the use of trained therapists to deliver ICBT programs. Guided Internet interventions have been found to be superior to unguided interventions (Baumeister et al., 2014), and specialist guidance has been more effective than non-specialist guidance for Internet interventions (Beintner et al., 2014). However, Sanchez-Ortiz et al. (2011) found that most emails from ICBT therapists were supportive, thus advocating the use of non-specialist guidance in ICBT programs. With enough training, ICBT can be effectively provided by less-experienced therapists, such as a nurse or primary care physician. This would increase resources, and decrease waiting times and costs.

Intervention via a Three-Way Alliance

The research literature is sparse, and inconsistent when reporting the results of both patient-therapist (TA) and patient-computer (DTA) alliances in ICBT. Further research will be needed to determine the optimal level of therapist input and clinical expertise, and will better define the role of TA and DTA in ICBT.

Jane is a 20-year-old college student with a 10-month history of BN. She eats very lightly during the day, then binge-eats and purges (using self-induced vomiting) in the evenings and frequently throughout the day during the weekends.

Both Jane’s mother and maternal grandmother have histories of being overweight. Jane was pudgy as a child, and feared that she had inherited the family tendency to being overweight. She disliked her appearance and felt that she needed to eat cautiously, and was very sensitive about any teasing regarding her weight from other schoolchildren, who called her ‘fat bum’ (“fat butt”).

In college, for a while Jane felt accepted by her friends and had a steady boyfriend, and thus thought less about her weight and appearance. However, when her boyfriend graduated a year ahead of her and started working, Jane learned that he was being unfaithful, and the relationship broke down. Jane was very upset and depressed. She began focusing on her weight and appearance again, and thought that the relationship had ended because she was overweight. She started to diet excessively and exercised daily.

Four months later Jane had become gaunt, she was not menstruating regularly, and was subsisting on salads and water. Jane found it difficult to concentrate on her studies because of her preoccupation with eating and her weight, and did not do very well in her exams that year. One evening, Jane felt extremely miserable and lost control over her eating, leading to a big binge. Following this incident, she started binge eating regularly, and once more began to self-induce vomiting to compensate. Jane felt totally out of control, and started putting on a lot of weight. At this point, she contacted her family physician, who referred her to a specialist eating disorder service.

Jane was diagnosed with BN, and because CBT is the treatment of choice, she was offered group CBT or the ICBT self-help treatment program, Salute BN (Wagner et al., 2015) with email support from a therapist. Jane opted for the latter because it was cheaper, briefer, more convenient, and she could start treatment immediately.

After being given the secure login details, Jane worked on an online module each week, and a therapist checked her progress weekly and answered her questions via email. The first module covered psychoeducation about BN, and Jane realized that her restrictive eating and compensatory behaviors such as purging could maintain binge-eating. She also realized that her binge eating was triggered by extreme dieting and stress.

Supported by her therapist, Jane worked through all 7 modules. These included : (1) self-monitoring her eating, in order to be able to make changes; (2) establishing a balanced meal plan so that binge-eating became less likely; (3) taking measures to prevent binge-eating, such as identifying triggers to binge-eating; and (4) using problem-solving to formulate positive coping strategies. Finally, she learned not to diet by adding healthy foods to her diet and no longer thinking of certain foods as ‘binge’ foods, and hence forbidden. Jane learned to deal with unhelpful distorted thoughts by reframing them with more helpful alternative thoughts. By doing so, her food cravings and binge eating diminished, and her weight, rather than escalating as she expected, stabilized with time.

Following completion of the ICBT program, Jane was binge eating only once or twice a week. She was more confident and in control of her life and felt empowered by the skills she had acquired, so that she could envision a life without BN. Jane maintained weekly email contact with her therapist for a follow-up period of another month, at which point she was asymptomatic.

Katerina is 19 years old, and has a 7-month history of AN. She controls her eating, and weighs herself several times a day. She has had problems with food all her life and has purged (self-induced vomiting) most of her life. She tells her mother that she will eat her meals upstairs, but does not eat them and instead hides the food around her bedroom. Although Katerina has reached menarche, she looks like she is 15 or 16 years old. Despite being extremely small and petite, she considers herself to be very overweight.

Katerina was adopted as a child and has had no contact with her birth parents. Her childhood was plagued by her ‘fussy eating,’ possibly triggered by being marginally overweight for a brief period prior to puberty. Later, when she was in college, low self-esteem led her to have many sexual partners to feel better about herself. Now she is very ashamed about her promiscuity. In her second year in college, Katerina’s adoptive parents divorced, and she ended up staying with her mother. Her father moved abroad, and she rarely sees him. During this stressful period of her life, Katerina was suspended from her classes because she was unable to keep up with her coursework. This was mainly due to her perfectionism, which was making her spend far too much time completing her classwork.

At this point, Katerina felt totally out of control of her life, and her eating problems worsened to a stage where she was just eating lots of materials like toilet paper and any other items that would fill up her stomach. Her body mass index (BMI, kg/mg2) plummeted to 14.5, and her menstrual periods ceased. At the same time, her mother had found lots of food stored around Katerina’s bedroom, and took her to the family’s primary care physician, who referred Katerina to a specialist eating disorder service.

Katerina was diagnosed with AN, and because she was willing to cooperate with treatment she was managed as a psychiatric inpatient until she reached a safe weight. At this point, she was discharged to a community psychiatric service to receive psychological treatment for her ED. In order to maintain the gains of hospital treatment, Katerina was offered the ICBT self-help relapse prevention program, VIA (Fichter et al., 2012). She accepted ICBT because it did not involve any travel, and she could work at her own pace.

After logging in securely, Katerina started the introductory chapter, which explained the program. After this, she worked through the next nine online chapters with a therapist who provided weekly email support that was gradually tapered off as she progressed through the program. Katerina covered psychoeducation about AN, and gained an understanding of the physical, behavioral, and psychological effects of her ED. She self-monitored her eating and dealt with restrictive eating patterns, which helped her increase her weight to a normal range. This enabled her to resume normal eating patterns, and she learned to avoid resorting to compensatory behaviors, such as purging, to control her weight. Furthermore, Katerina used strategies such as modifying her distorted thinking about her eating and weight to improve her negative body image and behavior. There was also a moderated discussion group and a monthly online (synchronous) one-hour group chat. Katerina found it very helpful to talk to others who were experiencing similar problems.

After a one-month follow-up period of email support from her therapist, Katerina had normalized her eating and weight. Even though she still had some concerns about eating and weight, she now felt in control of her life and could visualize a future without AN.

Internet-based CBT is a new approach, and research on its effectiveness is minimal. However, ICBT is promising for the prevention, treatment, and relapse prevention of EDs, and is particularly important in circumstances where face-to-face CBT is not possible, as has been the case during the COVID-19 pandemic. 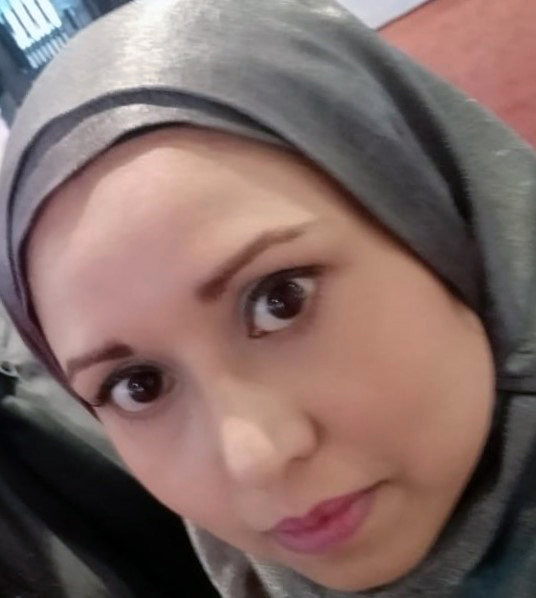