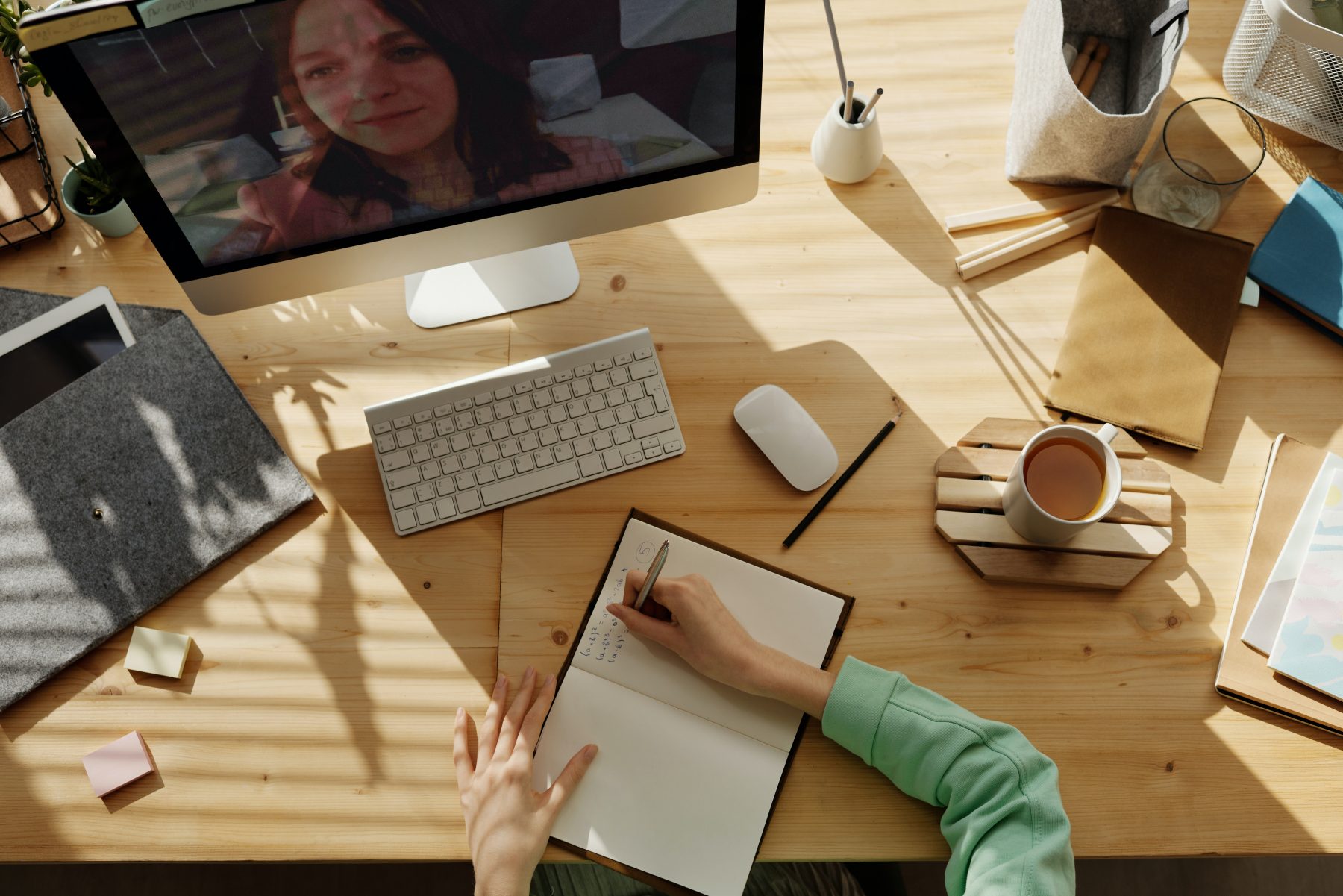 Genetic Advances Are Expanding Our Understanding of Eating Disorders.

This year, due to the COVID pandemic, participants in the 2021 International Association of Eating Disorders Professionals went virtual, visiting dozens of special classes and keynote speeches, as well as classes in Spanish. Joel P. Jahraus, MD, FAED, CEDS, President of the IAEDP Board of Directors, welcomed virtual participants to the symposium program, “As the World Turns, Unforeseen Challenges and Dynamic Solutions.”

Among the wide variety of presentations was an update on global efforts to track the genetics of the most common eating disorders, particularly anorexia nervosa.

Exciting Advances in the Genetics of Eating Disorders

New advances in genetic research are making important inroads into greater understanding of AN, BN, and BED, according to keynote speaker Cynthia Bulik, PhD, FAED, of the University of North Carolina, Chapel Hill. Dr. Bulik is one of the leaders of new global efforts to better define the biological and psychological underpinnings of AN, BN, and BED. Dr. Bulik is an award-winning teacher, author, and researcher, and Professor and founder of the Center of Excellence for Eating Disorders at the University of North Carolina, Chapel Hill. She is also Professor of Medical Epidemiology and Micostatistics and Principal Investigator at the Centre for Eating Disorders Innovation at Karolinska Institutet in Stockholm, Sweden.

Dr. Bulik and her colleagues recently launched the Eating Disorders Genetics Initiative (EDGI), an effort to uncover the genes that cause AN, BN, and BED.* (Avoidant/Restrictive Food Intake Disorders, or ARFID, and Other Specified Feeding or Eating Disorders, or OSFED, will be added to the study in the future.) The EDGI study involves researchers in the US, Australia, the United Kingdom, New Zealand, and Denmark, with other countries such as Mexico, the Netherlands, and Italy lining up to join the study. Dr. Bulik and her colleagues plan to collect clinical information and saliva samples from more than 6000 people with a history of an ED and those without such a history. This is the largest eating disorders initiative in the world. Participants must have experienced symptoms of AN, BN, or BED, be 18 years of age or older, and live in one of the participating countries. The researchers mail a test kit to individual participants, who then mail the kit back. Participants also take an online questionnaire, and receive a $20 Amazon gift certificate for their participation.

Dr. Bulik added that EDs affect millions of persons worldwide, including 1% to 4% with AN, 1% to 4% with BN, and 1.5% with BED.  One new and important finding is that EDs are affected by both environmental and genetic factors. However, current treatment for AN is limited, and relapse rates are high. In addition, there is currently no FDA-approved medication for AN.

The EDGI project is working to uncover metabolic, genetic, and anthropomorphic factors underlying EDs.  In fact, Dr. Bulik stressed that AN, for example, may best be conceptualized as a metabolic-psychiatric disorder. Greater attention to metabolic factors may improve outcome and provide an explanation for why adequate refeeding is important for preventing relapse. A major step toward treating disorders like AN will be understanding the underlying role of metabolic mechanisms.

“One goal is to identify persons who are more likely to develop more serious disease, “she noted. Part of the problem is that researchers haven’t understood the underlying physiology of diseases like AN. The pathways uncovered by the study will help clarify the biological causes of AN,” she added. “The genetic work also has the potential to lead to new medications for AN,” she said.

In terms of genome-wide studies, new research has identified 8 regions, or loci, on the genome. Researchers have noted a diagnostic migration of patients who, for example, present with AN, but in the following years may cross over to BN or to EDNOS. The current study may help explain this change in diagnoses over time.

When asked why she got involved with the global studies, Dr. Bulik noted that “AN is perplexing and difficult to understand on a biological level and I like hard problems.” She added that starvation is reinforcing to those with AN, especially in the early stages of the disease. The same is true for excessive exercise. Starvation calms people with AN  both biologically and psychologically, she added. For example, while most people and animals enjoy fats and sugar, the opposite is true for those with AN.  And, for them, activity is more reinforcing than food.  Their “hyper-bodies” shift into hyperdrive and burn up calories, she added.  The body reverts to a “settling point” (as opposed to the well-known term set point), she stressed. This is due to a biological force, Dr. Bulik added. The body reverts to a settling point, or to a weight the body is comfortable with.  People may be discharged from treatment when they reach a prescribed BMI, but over time and due to an as-yet-unexplained biological component, they may fall back to a settling point with negative energy balance and low BMI.  This is a dangerous state for anyone who has ever had AN, she said. Thus, long after initial recovery, this biological factor is a pitfall that can tip the scales and lead to relapse.

Dr. Bulik also described the results of an earlier ongoing study she and a team of global colleagues are leading, The Anorexia Nervosa Genetics Initiative, or ANGI. The ANGI Trial was  an international collaboration designed to rapidly recruit 13,000 individuals with AN and ancestrally matched controls (Contemp Clin Trials. 2018.74:61). Participants and controls have been recruited from the US, Australia/New Zealand, Sweden, and Denmark.  ANGI recruited from the United States (US), Australia/New Zealand (ANZ), Sweden (SE), and Denmark (DK). Recruitment was via national registers (SE, DK); treatment centers (US, ANZ, SE, DK); and social and traditional media (US, ANZ, SE). All cases had a lifetime AN diagnosis based on DSM-IV or ICD-10 criteria (excluding amenorrhea). Recruited controls had no lifetime history of disordered eating behaviors.

Genome-wide studies have revolutionized AN studies, according to Dr. Bulik,who added that while in the past researchers looked for a single AN gene, later results have revealed not 1 gene and not even 1000 genes are tied to AN. Dr. Bulik said that researchers need to take a much “broader, bird’s-eye view” of the eating disorders. She noted  that “We can see clearly that AN is a whole constellation of psychiatric, metabolic, and anthropomorphic traits that influence the risk of developing  AN.”

Dr. Bulik said that clinicians have a responsibility not to just do the science, but to package the information in a clear and meaningful way for patients and families. This also means clinicians need to make an effort to integrate genetics into their own cases and to become comfortable answering patients’ and families’ questions. However, she also advised clinicians to “Know your limits, and if you live in an area with genetic counseling, make use of your colleagues. If not, find other resources for families and patients.” There are also good ways to communicate the dos and don’ts of messages about EDs. She stressed that genetics is only one piece of the risk puzzle, and all-or-nothing thinking should be avoided

She reiterated that AN should be viewed as a metabolic-psychiatric disorder.  For example, people with AN have a low BMI that allows them to get down to very low weights. This might be explained due to their very low settling points. Future studies will help explain this return to a negative settling point, as well as the negative correlations to BMI and positive correlations with cholesterol levels, Dr. Bulik explained. It might explain the paradox that those with AN feel better at negative metabolic points, and why they feel worse when they are renourished.

Dr. Bulik said she is a strong proponent of scientific communication and stressed the importance of providing information and following up with the patient and family. As clinicians and researchers, the challenge is to package information so that patients and families can see and understand it. She pointed out that people with EDs and their families are incredibly well informed, and clinicians have a responsibility to help them further; this will also help decrease the stigma toward patients with EDs.

Viewing AN as a metabolic-psychiatric disorder is an important step. She added, “I think this may be very important and may help explain why we have trouble keeping persons with AN well. On a science level, great—clinicians and families are excited, but how can this help us today and how can you use this with your patients and their families? It is irresponsible to throw out scientific information and not follow-up with the patient.”

How can clinicians get science information into the hands of those who need it most?  One challenging area is helping people understand vulnerability to an eating disorder and finding better ways to re-educate families and patients about “genetic destiny.”  Parents often fear that because they are vulnerable to an eating disorder, their children will be as well. They need to be reminded that that the genes come from two individuals, not just one, and that genes are only one part of the problem, she said, adding that parents also need to know that there is nothing we have less control over than which genes will be passed on to the next generation.

Dr. Bulik also urged ED professionals to change their language, for example, to stop using such terms as “nature or nurture,” since both are involved in the development of EDs, and to help with the challenge of underserved populations, such as African-American patients and Latino populations.

Dr. Bulik added that newspaper headlines announcing that a new gene for AN has been found are incorrect. She added that there is also no genetic test for AN, and this is not where research is headed.  Instead, families should be prepared to intervene with health-seeking behaviors. She noted that parents dealing with EDs are some of the best-educated individuals and the most curious about ED findings. Despite this, misconceptions persist.