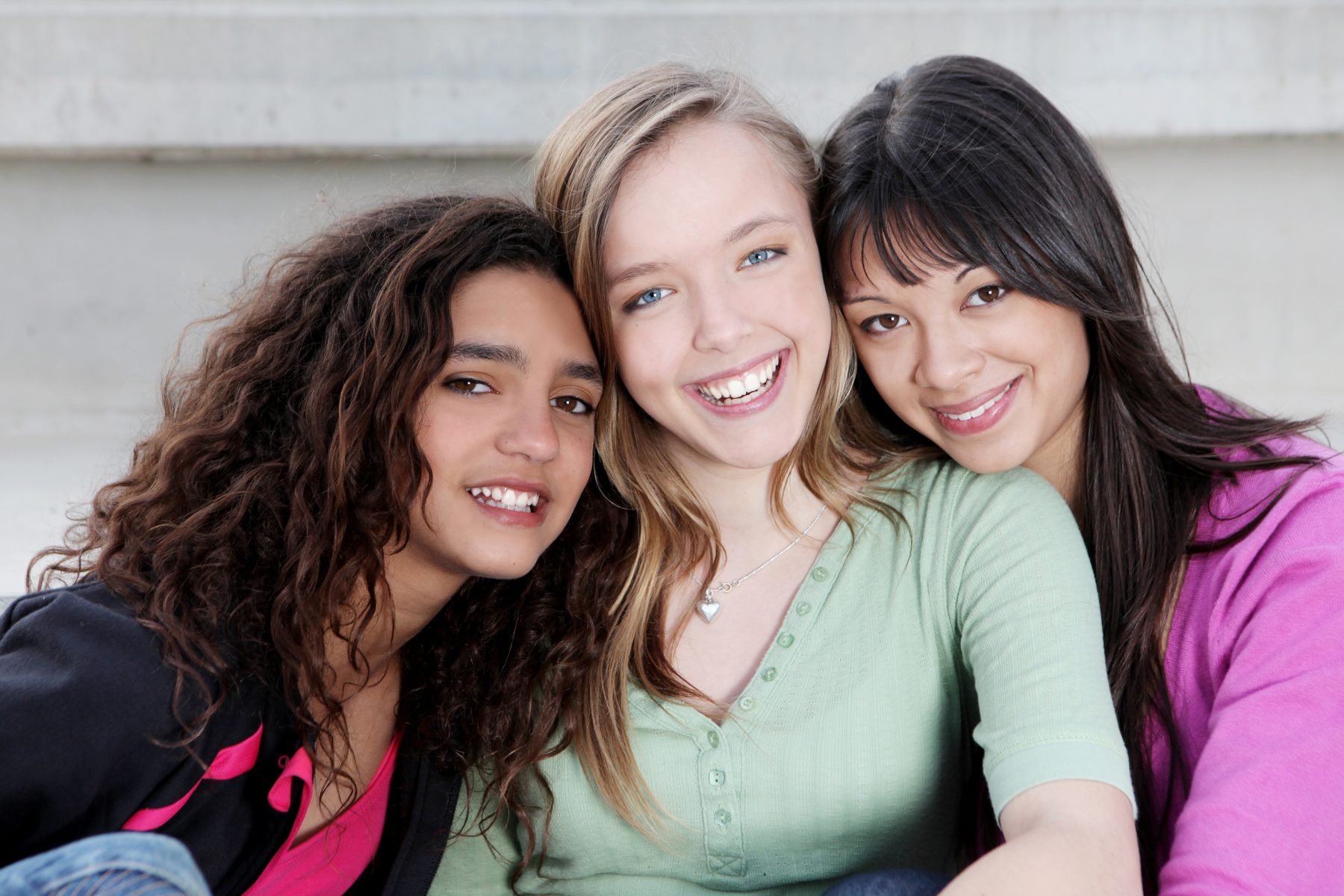 At the 2016 International Conference on Eating Disorders (IED) in San Francisco in May, the conference theme, building bridges across the world to improve treatment and prevention of eating disorders, was reflected in a number of novel sessions, beginning with the keynote address. Later, a plenary session reviewed progress in prevention and treatment of EDs in Latin America.

Meagan Ramsey, Partner with the Brunswick Group, a worldwide business advisory firm, described a sea change in which for-profit organizations are collaborating with advocacy groups and clinicians to address such social challenges as combatting body image disorders on a global scale.

The idea of an absolute division between for-profit businesses and nonprofits has become outdated, and is an unhealthy way to view the world, she said. In reality, many large corporations are taking steps to incorporate social activation into the core of their corporate structures, even while more nonprofits are becoming more interested in bringing in revenue. The business world also offers huge concentrations of skills and resources that can be harnessed to help solve some of the world’s greatest challenges, she said.

Ramsey’s experience with Unilever’s Dove™ Soap body image campaign is a good case in point. (Unilever Corporation is a global company that manufactures more than 1000 consumer products.) In 2011, Ramsey became Global Director of the Dove Self-Esteem program. Her challenge was to expand the program by reaching women throughout the world. The Sydney, Australia native had always been interested in science and brought with her a solid background and training in nutrition. She had originally joined the company to help develop more healthy food and nutrition products.

The Dove Global Body Image Advocacy was a good example of successfully pairing business with advocacy groups to work on improving women’s body image, Ramsey said. She pointed out that the global reach of the corporation is reflected by the fact that every 18 seconds a consumer somewhere in the world buys a Unilever product.

The success of the “Free to Be Me” campaign sponsored by Dove was built upon a careful structure and a convergence of socioeconomic changes, she said. In 2005, among the convergence of important social forces was a changing definition of “beauty” from the traditional thin runway model to a more realistic vision of women of all sizes and shapes. In 2009, Paul Polman, the new president of Unilever, advanced the idea that pairing business with nonprofit groups could help solve some of the large-scale social changes the world was facing now and may face in the future. At this time, other changes included key shifts in business, communication, and body image, including specific ways to address body image, greater transparency and accountability for business, and the explosion of digital networking and communications.

In what was a landmark change in advertising, Dove began running a series of ads with models of all sizes, ages, and races. By 2011, The Dove Self-Esteem Fund had sent out self-esteem education materials, including brochures and teaching plans, which reached 7 million young people in 16 countries. In their efforts to target body image disorders, the group led by Ramsey took time to truly understand the issue of body image by doing thorough literature reviews. They then developed a framework of interventions, including targeting 6 curriculum themes based on risk factors and 1 to help educators develop content about healthy body image. Her team also consulted with body image experts, including Drs. Susie Orbach and Nancy Etcoff, and collaborated with the originators of the most effective body image interventions. Once the themes were paired with the corporate division’s global insights, ability to scale the programs, and a growing expertise in communications, the effectiveness and appeal of the body image programs spread.

A practical piece of advice Ramsey offered the audience was that the one way to attract partnerships with business is to make them affordable. Without this step, such programs are the first to go in an economic downturn, she said.

Ramsey also noted that the common goal of the first global partnership for body confidence was “To create a girls’ world free from appearance-related anxiety.” One important step, which underscored the importance of young women’s influence, was partnering with the World Association of Girl Guides and Girl Scouts. As a result, the “Free Being Me” program reached 3.5 million girls within 3 years.

One of the main findings during her group’s effort to communicate healthy body image messages was the importance of sociocultural differences, organizational cultural differences, lack of proof of effectiveness everywhere, priority of body image over more pressing social concerns, and funding. Ways to counter these barriers involved developing partnerships, building an infrastructure, adding technology, and “not overlooking the impact of girls themselves, who have relevant and relatable experiences,” she said.

8 Factors to Unlock the Potential of Business

Ramsey outlined 8 keys to unlocking the potential for collaborating with business to achieve social change. These are: (1) to anchor the activity in a common cause and (2) to know one’s value and packaging it well, by presenting a proposal in terms of value. (3) Timing is everything, and expectations must be managed by highlighting risks and interdependence, and identifying the best time of the year to seek funding, for example. (4) Anticipate and accept the reality of conflict and (5) think of business as more than a piggybank, she added. (6) Don’t overlook your project’s design; for example, make certain the plan is easy to use, enjoyable, and has integrity. (7) Search for other areas where one could benefit from the collaboration and how the company’s purpose, products, or point of view could also be of help. (8) Finally, Ramsey advised, become a trusted advisor through open, regular dialogue with the business.

A special plenary session turned to the cross-cultural impact on body image. In keeping with the global theme, these presentations were made simultaneously in English and in Spanish. Two of these sessions dealt with the effects of sociopolitical trauma and described prevention programs in several Latin American countries, including Argentina.

Sociopolitical Trauma as a Risk for Patients with Eating Disorders

“Trauma is a familiar situation to those of us who work with eating disorders,” Dr. Maritza Rodríguez Guarin, of the Pontificial Xavierian University, Buenos Aires, Argentina, told the audience. However, she added, “sociopolitical violence is another form of trauma that society is facing, and that this type of violence is and will be increasingly present in the life stories of our ED patients.”

In her home country of Colombia, nearly 46 million persons have now endured more than 5 decades of armed conflict, she said. Dr. Rodríguez noted that between 1958 and 2012, 220,000 Colombians were killed, and 8 of 10 of these deaths occurred among civilians. As many as 4,700,000 women and children have been displaced and 400,000 are currently refugees. In addition, citizens have been exposed to abduction, genocide, and torture, as well as child recruitment by the rebel left-wing groups. In one study of 12,311 adolescents between 12 and 17 years of age, it was found that 29% had been involved in at least 1 traumatic event, and 33% had experienced the death of closely related person due to a traumatic event. Importantly, 88.1% of the adolescents had a perception of psychological trauma.

In a 2015 National Mental Health Survey of men and women 18 to 44 years of age in Colombia, 40% reported having had a traumatic experience. Women were usually the victims. Dr. Rodríguez reported that the risk of post-traumatic stress disorder (PTSD) was 3.3%. Dr. Rodriquez also reported that traumatic experiences among 1,067 Colombian ED patients from 1997-2015 were far more often reported in the histories of female patients with bulimia nervosa, and were twice as common as among patients with restrictive-type anorexia nervosa.

Dr. Rodríguez also pointed out differences between sexual and sociopolitical trauma. Sexual trauma leads to humiliation, shame, guilt, and often to silence about the trauma. Patients experience their bodies with disgust and rejection; the body is the target and the body is “guilty,” she noted. In both types of trauma, the victim is vulnerable, humiliated, and stripped of dignity; often he or she hides the trauma for fear of punishment. This leads to chronic stress, mood and anxiety disorders, substance abuse, and other side effects.

Exposure to sociopolitical trauma should be recognized as a chronic stress generator and potential risk factor for eating disorders and other psychopathologies, she said. This trauma should be actively explored with the patient and family. One study of trauma-focused psychotherapy showed that 34% of victims reported a traumatic event; 17% reported sexual abuse. The percentage of ED patients who reported any experience with sociopolitical violence was similar to the percentage among the general population, 16% versus 18%, respectively.

A Prevention Program in Argentina

According to Dr. Rutsztein, not all risk factors for EDs or their interactions have been identified in Latin America. She added that current programs tend to focus on risk factors with the most empirical support. After studying eating disorder prevention programs in Argentina, Brazil, Colombia, Mexico, and Venezuela, she concluded that prevention of EDs is not generalized to all of Latin America, and that it is important to adapt the interventions to the sociocultural specifics of each region. In all countries, she noted that the differences are also situated in a context of globalization that impacts the ideal standards of beauty.

The study group included 90 students, who were private and public schoolgirls from 12 to 17 years of age (mean age: 14.47 years). The girls had body mass indexes (BMI, kg/m2) ranging from 14.60 to 34.62 (mean: 21.71); while 22% were overweight or obese, 51% considered themselves overweight. Dr. Rutsztein reported out that this percentage dropped to 42% after the intervention. Most girls were of normal weight.

Aftermath of the intervention. After the intervention, according to Dr. Rutsztein, there was a significant reduction in binge-eating and purging. At the beginning of the study, significant numbers of the teens were dieting to lose weight; after the intervention, this number was reduced by nearly 50%. And, 87 of the 90 girls said the workshops were helpful; of the 3 who did not find them helpful, 2 had eating disorders. Those who found the workshops useful reported they learned healthy behaviors, and increased their self-esteem and self-acceptance. They also reported that they now knew that media images could be manipulated, as with Photoshop. They also gained a greater understanding about the suffering of others and learned to listen and express feelings within their group. “Very importantly,” said Dr. Rutsztein, “the girls learned that the ideal standard of beauty is a cultural construction.” Obstacles encountered included the fact that in Argentina most teens don’t eat breakfast before going to school; other barriers included difficulty coordinating school hours with mealtimes; and working only with women in schools that enroll both sexes.

Based on the results of her study, Dr. Rutsztein offered 5 components necessary for a successful eating disorders prevention program: easy application, a limited number of sessions, replicable effects by different groups, integration of eating disorders/obesity/overweight, or shared risk factors, and the importance of adapting the program to the sociocultural context.