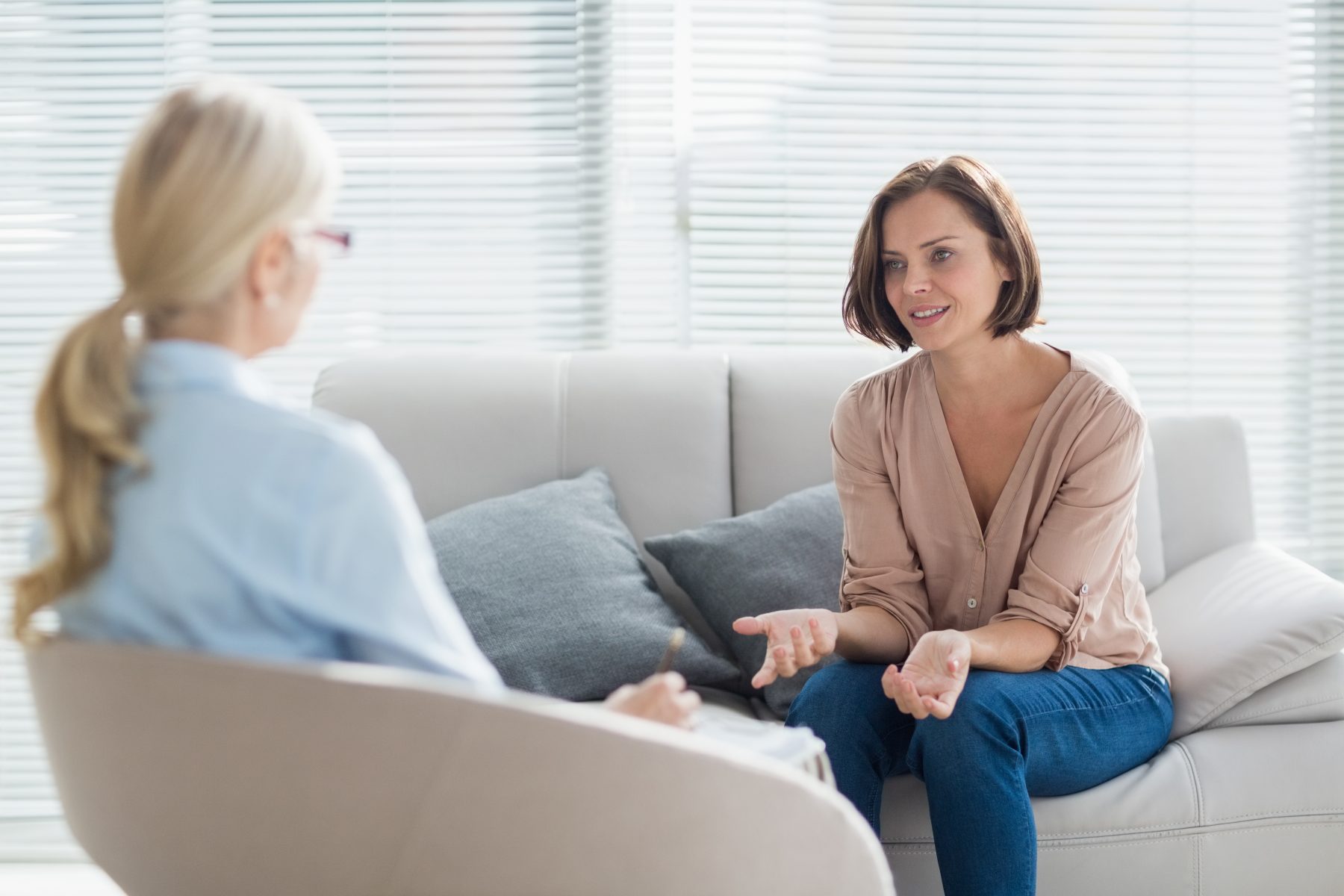 Manifestations of the compulsion to repeat what has been harmful is clinically observed in our patient’s attempt to self-regulate by turning to her eating disorder symptoms or other forms of self-harm despite many therapeutic options suggested and the patient’s conscious desire to stop. Important interpersonal relationships can also derail when those who want to be supportive or understanding are experienced as inflicting pain, and they can quickly resurface as ‘bad objects’ for our patient. Simply knowing that we clinicians are often placed into the ‘bad object’ role, and owning our tendency to want to dodge this experience, embracing our imperfections, and acknowledging the ‘bad objects’ that we, like all people, carry within us, are first steps in helping our patients come to friendlier terms with their own ‘bad objects.’ Only very slowly do these bad objects that internally persecute our patient in the form of symptomatic and interpersonal expressions diminish, because they are often lifelong patterns.

Yet, feminist psychodynamic psychotherapy does not stop here. That is, the crucial objective of identifying and owning split-off self-states and bad objects that wreak such havoc in living life to the fullest is only the start of easing the inner anguish and bodily tensions caused by such insidious forces. Clinical case studies demonstrate how often ruptures and breakdowns in the therapeutic process are brought about by these pathological entities. The patient is assisted by repeatedly working over the common defense of projecting and evacuating bad objects into others. A temporary reprieve from angst occurs when one can psychologically deposit that feeling into another, but there are also consequences. The person who is subject to forceful negative projections may become angry, beleaguered, confused, or simply worn out by what is experienced as personal attack. An important relationship can then easily break down.7, 8

When this process happens in a well-established psychotherapy process, there is an opportunity to catch the rupture as it is happening or soon thereafter and to attempt to slow down and observe what has transpired. This step not only preserves the therapeutic relationship but serves as an ‘in-vivo’ demonstration of what often transpires in relationships outside the office setting. The therapist’s owning her part in what may have caused the rupture, in essence being human, real, and acknowledging mis-attunements, helps to repair the therapeutic rupture. Working through the ‘Disruption-Repair Cycle’ time after time is proving to have robust effects in psychotherapy.

Interestingly, investigation into the Disruption/Repair Cycle in therapy is derived from studies of caretaker/infant dyads.9 What is more feminist in scope than taking seriously our earliest bonds and their lifelong influence on our lives? Psychotherapists practicing with a feminist orientation have always paid particular attention to the role of the mother in fostering development and regulating autonomy and dependency. Infant researchers have concluded that those multiple, tiny disruptions that occur between a mother and her child and the adequate repair that happens in milliseconds between them sets the stage for later resiliency and growth. In the treatment of eating problems, simply knowing psychotherapy will be fraught with disruptions because the patient may keep secrets, move slowly, not follow advice, or act self destructively, and because the therapist will be caught off guard, have flaws, and inadvertently make errors of commission and omission, suggests that the need to repair disruption is essential for forward movement.

Welcoming the Worst and the Worrisome

Literally hundreds of research articles summarized in EDR over the past decades have highlighted the eating disorder person’s struggle to acknowledge, name, regulate, and come to terms with the expression of affect in treatment. These articles have offered concrete, cutting-edge tools to assist clinicians in this undertaking. Behind the goal of improved affect expression resides an underlying psychodynamic formulation that eating disorders are themselves attempts to regulate feelings that were not expressed, processed, or adequately ‘held’ within the family or cultural environment.

Feminist psychodynamic psychotherapy takes this concept one step further by privileging communications that include ‘The Disagreeable Passions,’ such as anger, fear, frustration, envy, betrayal, mourning, greed, appetite, deprivation, and rage.10 Helping patients to reveal and to own their painful affect states, in essence refusing to collude with swallowing one’s selfhood for the comfort of another, is the daily task of the feminist psychodynamic psychotherapist.

Many young clinicians who treat eating disorders with manualized techniques they learned during residency or graduate training are often shocked in workshops to learn how neatly feminist psychodynamic concepts overlap with what they are already doing and that they have already unknowingly incorporated a technique they may have taken for granted into their practice. Patricia Gherovici,11 a feminist psychoanalyst who practices in Paris and Philadelphia, describes how bulimic symptoms helped one of her patients manage severe anxiety, and to ‘neutralize’ miscreant feeling states and overwhelming human needs before she could adequately individuate and curtail the binge/purge cycle. Like many of our patients, other psychiatric symptoms remitted while eating problems did not budge until her patient found new ways to transform disagreeable passions into healthier activities (e.g., cooking), and to differentiate her personal desires from those imposed from others in her culture and family of origin.

Inhabiting Rooms of One’s Own

Attachment research, neurobiology studies, meditative practice observations, and evolutionary biology discoveries, now have hard-won scientific evidence that buttresses the psychotherapeutic practice of valuing private space that promotes reflection, creativity, and personal health for men and women. Feminist thinkers have opined for decades that one’s subjectivity can be harnessed only by a balance between what one learns within a group or with others (appropriating the Native American term ‘talking circle’) and the individual practice of seeking repose (having a room of one’s own). Most recently, feminist historian Omnia El Shakry12 has brought to the world’s attention the contributions of Arabic intellectuals in the last century who sought to interweave long-established spiritual practices with Freudian psychotherapeutic ideas. One assertion of El Shakry’s work is the confluence in both of these seemingly divergent traditions of the human need for contemplative time. Honoring this requirement of personal time and space–essentially inhabiting rooms of one’s own–allows us to reflect on, think about, and eventually integrate spiritual, social, and psychological aims for greater fulfillment in life.

With eating disorder patients, clinicians appropriate this approach and call it by many new names (e.g., mentalization; primary reflective function; self-regulation; emotional muscle training) that actually have deep, ancient roots. For the feminist psychodynamic psychotherapist, the treatment hour is an essential but insufficient room wherein the individual safely experiences empathy for oneself and others, bears misfortune and trauma, and ultimately transcends the eating disorder symptoms by finding new purpose and meaning in life. The patient must then continue his/her personal odyssey by experiencing solace and solitude in rooms of one’s own. Small wonder that many therapeutic traditions now converge in prescribing exercises such as journaling, meditation, prayer, and ongoing self-analysis. All share the same goal of improved self-regulatory functioning in the quest for greater vitality and perspicacity in making decisions and taking ownership for them.

Western and non-Western scholars and psychotherapists are currently augmenting and transforming the ways that feminist psychodynamic psychotherapy is practiced. These voices will increasingly be integrated into the treatment of eating disorders because they emphasize facets of subjectivity, self- creation, ethics, and cultural responsibility snuffed out when an eating and body image problem takes hold of an individual life.

The role of the therapist as witness will remain central regardless of tweaks to and enlargements of feminist theory and its multidisciplinary contributors. As one wise patient with anorexia summed up midway through her many years of feminist psychodynamic psychotherapy, “When you finally realize you are in the fight of your life, it sure helps to have someone there to listen, ear to ear. You just don’t help ‘hold and process’ my emotions like you say. You also help me to hear me, those thoughts I am actually saying to myself.”

2. Steinem G. Revolution from Within: A Book about Self Esteem. New York: Open Road, 1992.

6. Benjamin J. Beyond doer and done to: An intersubjective view of thirdness. Psychoanalytic Quarterly. 2004; 73: 5.

8. Benjamin J. Shadow of the Other: Intersubjectivity and Gender in Psychoanalysis. New York: Routledge, 1998.

Kathryn J. Zerbe, MD, a long-time member of EDR’s Editorial Board, has a private practice in Portland, OR. She is Professor of Psychiatry at Oregon Health and Science University, and Training and Supervising Analyst, Oregon Psychoanalytic Center, and the Institute of Contemporary Psychoanalysis, Los Angeles. Dr. Zerbe is the author of numerous articles and books, including The Body Betrayed and Integrated Treatment of Eating Disorders: Beyond the Body Betrayed.