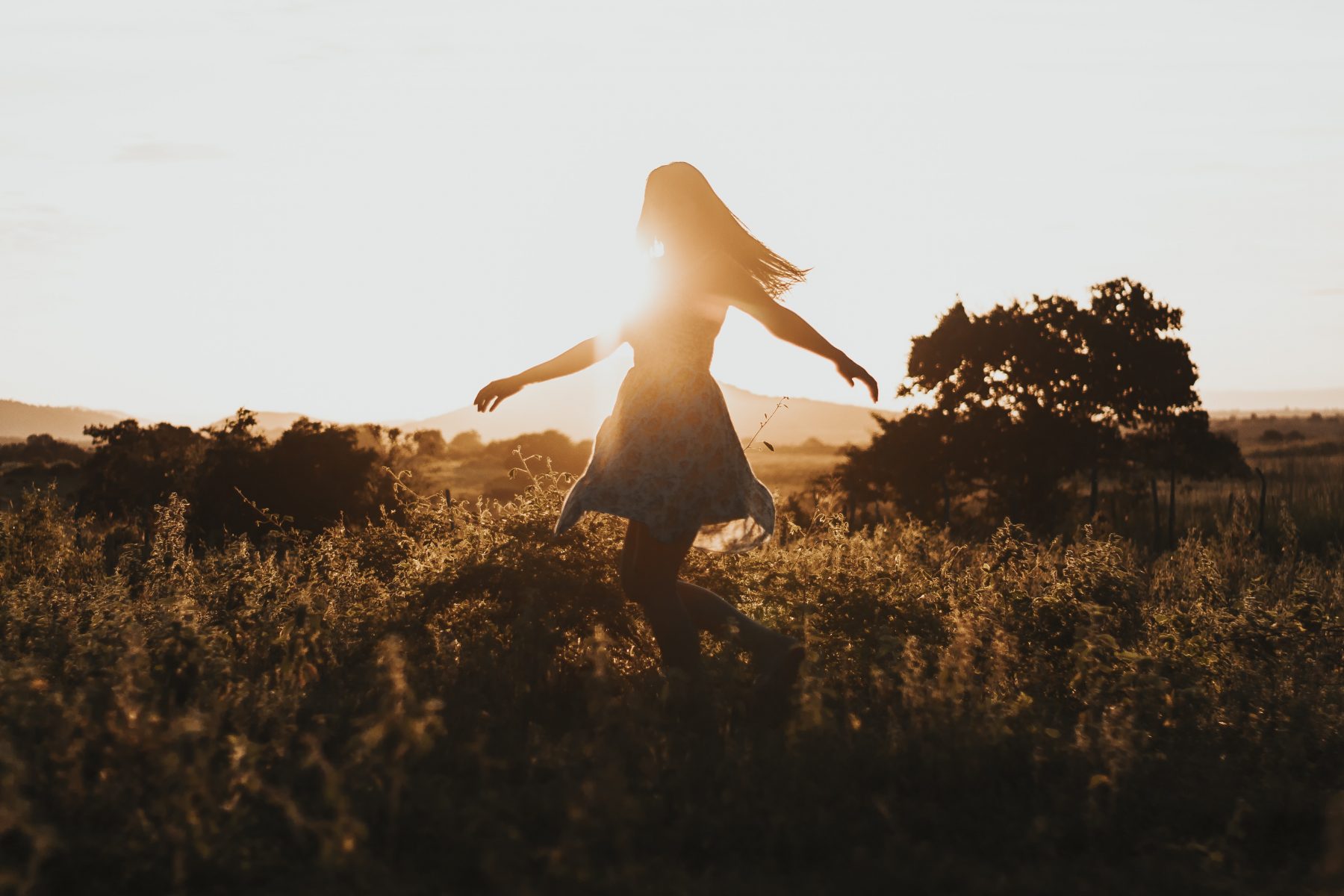 Clinicians come into the field and stay in the field of Eating Disorders due to their passion about this being important, worthwhile work to help individuals make significant changes in their day-to-day life functioning, thinking, and circumstances.  Despite the fact that we all know recovery is possible, the work is often challenging, the journey long, and the process rocky.

One of the factors that helps to maintain motivation and optimism for most clinicians is being honored to see some clients eventually heal from years of disordered eating and distorted thinking about their bodies. It becomes even more exciting when some of these individuals begin to take on a passion about spreading the word to others about letting go of ED-related thinking, seeking treatment for EDs and changing our culture, where too many people get stuck in ED behaviors for far too long.

My own optimism and enthusiasm were recently sparked in this way during a session with a client who came in declaring that she had recently “danced in a unicorn sprinkler!” This client, whom I will call “Gwen,” had a multi-decades-long history of disordered eating but really did not come to recognize it as being problematic from an emotional stance until coming into therapy about a year ago. She had spent much of her life dieting and hating her body, assuming that to get better she simply needed to have more willpower and to stop overeating.

On the day of this summer session, Gwen described how a friend was hosting a party and set up a sprinkler featuring a blow-up unicorn with water spraying from its horn. Normally, Gwen would avoid frolicking, calling attention to herself, or doing anything that might be negatively judged by others. In this case, however, she took on the opportunity that afternoon as a challenge for herself.  She decided she deserved to have fun, to be free, and to not worry about the wet clothes clinging to her body. Gwen grinned and giggled as she shared her brave testimony of dancing with a couple of other women–an act that both of us knew was so meaningful on so many levels.  Dancing in the waters sparked a newfound sense of freedom for her and came to represent her being in a new stage of recovery.

As is so often true when individuals show up in our offices to ask for help, Gwen was initially skeptical that regulating her eating and quieting her negative inner critic actually would be part of the solution.  As a smart, insightful, effortful woman, she soon became fully absorbed in the work of making very different, meaningful changes in her approach to food, body, movement, and life overall.  She was hesitant but ultimately surprised to find that ED resolution involved eating more often rather than less often, required allowing more types of foods rather than restricting foods, and required more self-compassion for her body rather than self-loathing.

Gwen began to expand her social circle and to recognize that she deserved to show up and to speak up; conversely, she also began to experiment with leaving circles that included negative body talk, and began to retort with snappy comebacks when someone made a critical comment about food or women’s bodies.

Gwen had grown up in an abusive household with parents who were overwhelmed, immature, and struggled with addictions of their own. As a child, she learned quickly to hold back emotions and to soothe herself with food. She also learned to cover up, literally, due to often having bruises, which necessitated long sleeves so that no one would ask questions or get anyone in trouble. Gwen recounted one incident of having a bruised throat after getting in trouble for having laughed and then having to wear a turtleneck until the discolorations disappeared. The scars of emotional eating, suppressing her emotions, and covering up her body lasted well into her adult years. Part of her work on her eating disorder has involved linking together some of the causal factors that made her quite vulnerable to having an ED, not only from our toxic culture but also from a very difficult childhood. She also was ready to turn to the work related to changing her thoughts, behavior patterns, and assumptions in the Now.

In working with Gwen and some of her newfound discoveries and moments of choosing to approach the world differently, it became clear that there are certain factors that seem to be more common for clients who are in the more advanced stages of eating disorder recovery. Getting to this stage of more fully embodying recovery allows clients and therapists to move beyond symptom focus. Those who are further along on the treatment journey often share several specific characteristics representing a SPARK:

S – Self-Awareness is a critical step of treatment and is sought after from the onset of treatment. However, it is often quite distorted and difficult to fully appreciate until the individual is further along the recovery continuum. For those further along in their work, it seems to be easier and easier to identify triggers and reactions to them, allowing them to more mindfully make decisions about responding differently than in previous years.

P – Plucky is defined by the Merriam-Webster Dictionary as “having or showing a lot of courage or determination.”  Most clients at a more advanced stage of recovery have a plucky, courageous, spirited, feisty part of themselves that begins to show up more and more. This indicates their intention to no longer live being ruled by the ED or by rigid rules that never worked anyway.  The liveliness is inspiring.

A – Assertiveness about needs, feelings, and boundaries is pivotal in recovery.  Therapists are usually seeking to find what the ED is trying to assert – albeit in a harmful way – from the beginning, but clients at later stages are often able themselves to leap to the needed communication with more ease and aplomb. Hearing stories of saying “no” and saying “yes” show up more often, and this is an excellent sign of advancing progress interpersonally and emotionally.

R – Reverence for the body and eating is key in the final stages of recovery, as lack of trust in one’s self is an underlying factor in the throes of an active eating disorder.  Most clients have lived so much of their lives thinking they can’t trust their bodies but have to control and contort their bodies to be something they aren’t intended to be.  Seeing clients honoring and valuing of their bodies is inspiring to witness.

K – Kindness to oneself is key.  Developing more compassionate care for self and allowing for imperfections represents another significant part of later stages of recovery.  Many individuals have spent their lives being extraordinarily kind to so many others around them but have not been able to apply such skills to themselves.  Shifting into the process of centering on self with kind-heartedness and benevolence represents a radical and significant shift.

Gwen has continued to make bold and exciting discoveries about herself and about ways of approaching food, friends, eating, and living differently. She continues to identify areas on which she wants to work, but progress is absolutely on an upward trajectory and is gaining momentum with each passing week. Gwen is also beginning to share her knowledge with others, to question long-held myths, and to live the second half of her life in a completely new way. Her spark is spreading, emboldening both of us to be reminded that of recovery and change in the world are absolutely possible.

As we ED clinicians continue the difficult but essential work in our chosen fields, it does help to be periodically reminded of the other side of the continuum.  Hearing stories of recovery and having clients move further along in treatment help.  May we all continue to assist in the spreading of anti-ED messages in our world, to help more individuals join the ranks of prevention advocacy, to continue to witness SPARK in our offices, and to find opportunities for more dancing in unicorn sprinklers. 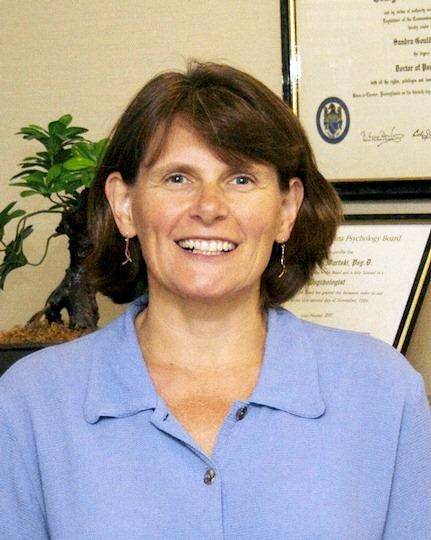 Sandra Wartski, PsyD, CEDS, a frequent contributor to Eating Disorders Review, has been working with eating disorders patients for the past 25years. She is a licensed psychologist who works as an outpatient therapist at Silber Psychological Services in Raleigh, NC. She enjoys providing presentations and writing articles on a variety of mental health topics, particularly eating disorders-related topics.