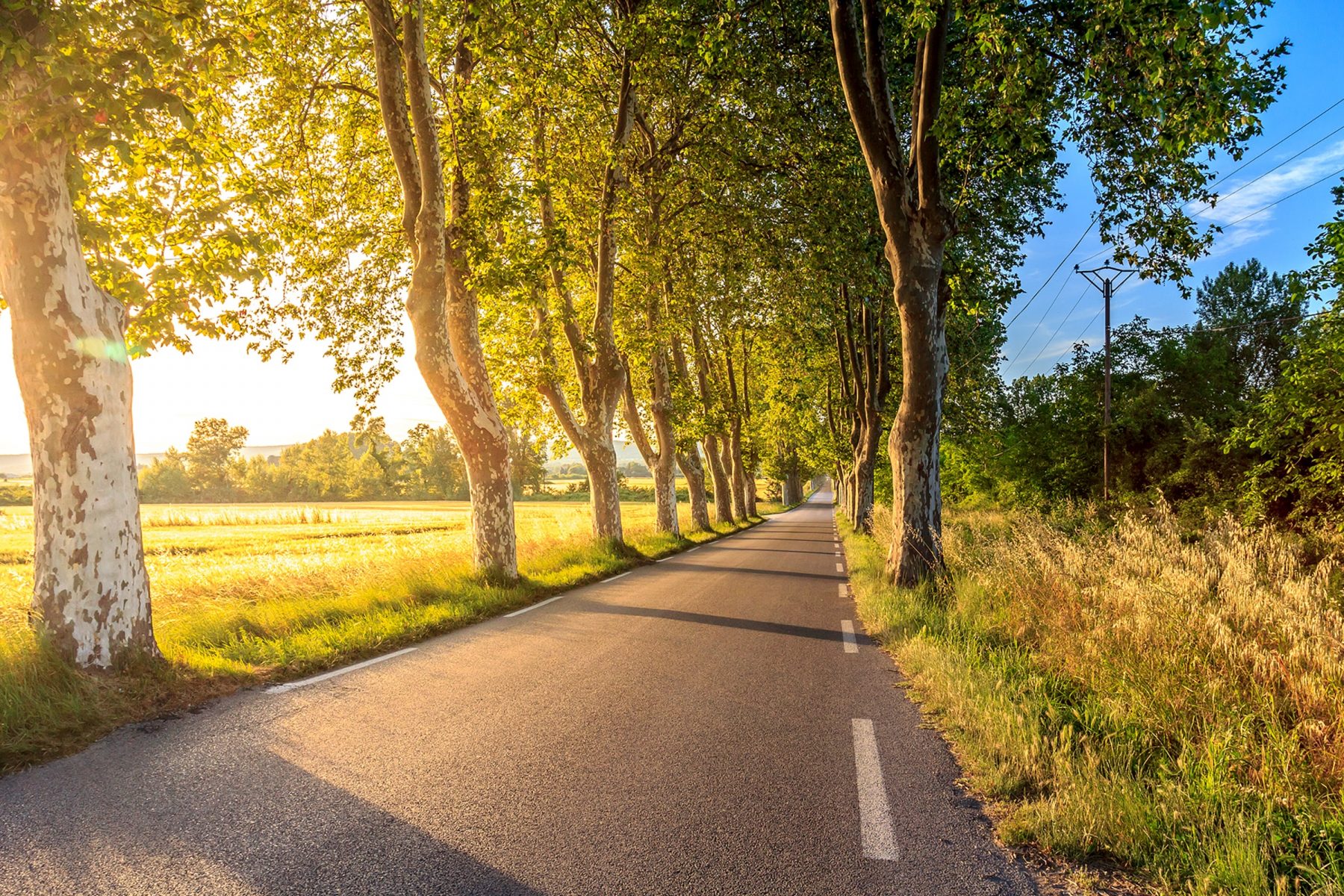 Edema is defined as the swelling of soft tissues as a result of excess fluid accumulation. It is a common finding in patients with both anorexia nervosa-restricting subtype (AN-R) and the AN binge-purge subtype (AN-BP) during the refeeding period. Although edema is seen in both AN subtypes, a recent study identified significantly higher rates of edema formation in patients with AN-BP compared to those with AN-R (41.7% vs. 28%, respectively; Rylander et al., 2017).  Edema is highly prevalent, complex, and frustrating for ED patients, who already have much body dysmorphia and high degrees of body image distress.

Edema can be observed in both AN-R and AN-BP, although the mechanisms differ. Edema in patients with AN-R is caused by an abnormal pattern of exuberant insulin secretion early in refeeding, and it involves insulin’s known proclivity towards causing salt reabsorption in the kidney.  Alternatively, excessive sodium and water retention may be related to abnormalities in sodium-potassium pumps, which occur in severe malnutrition (Rigaud et al., 2010).  This type of edema is generally mild, develops early in refeeding, and is only associated with a few pounds of additional weight gain from the edema. Intermittent leg elevation  for 20 to 30 minutes a few times per day is generally enough to treat this mild edema during the first week of refeeding.

A more dramatic presentation of edema formation is noted in patients with AN-BP and bulimia nervosa, who have a history of chronic excessive laxative and diuretic abuse and self-induced vomiting behaviors. This form of edema occurs upon abrupt cessation of those purging behaviors. The mechanism of edema in these patients is very distinct from that mentioned for patients with AN-R, and it is similar to that seen in patients with Bartter’s syndrome. Bartter’s syndrome, first described by Frederic Bartter in 1962, is a constellation of findings characterized by hypokalemia (low potassium), hypochloremia (low chloride), metabolic alkalosis (an alteration of pH in the blood), high blood pressure, and increased urinary excretion of sodium, chloride, and potassium (Bahia et al., 2012).  These electrolyte disturbances are accompanied by a state of chronic dehydration, which activates the renin-angiotensin-aldosterone system. This then leads to increased secretion of aldosterone from the adrenal glands to prevent fainting from low blood pressure. Elevated aldosterone levels in turn lead to increased sodium reabsorption in the kidney to maintain blood pressure. The end result is hypokalemia, metabolic alkalosis, and edema formation due to the new salt-retaining state.

Similar metabolic and electrolyte disturbances have been observed in eating disorder patients in a state of chronic hypovolemia (dehydration) due to all purging behaviors (Brown and Mehler, 2012). This phenomenon is termed “pseudo-Bartter,” given symptoms and clinical abnormalities secondary to volume loss rather than to an inherent kidney dysfunction (renal tubular defect). Similar to Bartter’s syndrome, elevated aldosterone levels are present, which results in the development of metabolic alkalosis and severe edema formation.  The elevated serum aldosterone levels take approximately 1 to 3 weeks to return to normal once chronic dehydration from purging has been removed. Thus, when patients enter treatment and stop their purging behaviors, their persistently abnormally elevated aldosterone levels lead to rapid edema formation, fluid retention, and excessive weight gain, which can reach 10 to 20 lb of edema weight gain over just a few days. This can understandably be quite distressing to patients with eating disorders. If no pharmacologic intervention is undertaken, edema and weight gain have been observed to peak between 4 to 10 days after purging ends, and can last up to 2 to 4 weeks.

It is important to keep in mind the need to minimize edema formation in patients with eating disorders as much as possible, as it causes significant mental distress and discomfort. When left untreated, the tendency for edema to develop upon abrupt cessation of chronic excessive purging can interfere with successful treatment (Brown, 2012).

As mentioned earlier, patients with AN-R who have edema do not typically have high aldosterone levels.  As a result, the aldosterone antagonist spironolactone is generally not indicated for this population.  In contrast, patients entering eating disorder treatment who have been engaging in excessive purging behaviors that are abruptly stopped often quickly develop the constellation of symptoms known as pseudo-Bartter’s. During this process sodium and water continue to be avidly reabsorbed without the previously present egress of fluids due to the purging behaviors. A component of this is treating the volume depletion and low blood pressure, which drive the compensatory elevation in serum aldosterone levels. In an inpatient medical setting this can be accomplished with slow intravenous administration of saline, to turn off the stimulus for serum aldosterone. Unfortunately, this leads to an undesired further state of increased retention of salt and water.  Thus, the treatment of these disturbances involves aggressively addressing the electrolyte and acid-base disturbances as well as preventing and treating the resultant edema. It is important to keep in mind the need to minimize edema formation in patients with eating disorders as much as possible, as it causes significant mental distress and discomfort. When left untreated, the tendency for edema to develop upon abrupt cessation of chronic excessive purging can interfere with successful eating disorder treatment (Brown and Mehler, 2012).

In addition to discontinuing the purging behaviors, treatment of edema in AN-BP patients who purge or use laxatives involves addressing the core hyperaldosterone response and correcting electrolyte disturbances. Similar to AN-R. a component of this is treating the volume depletion and low blood pressure that drive the compensatory elevation in serum aldosterone levels and this can be done with slow intravenous administration of saline, to turn off the stimulus for aldosterone secretion from the adrenal glands. One must take into account the avid response to saline due to elevated aldosterone levels, which can lead to an undesired further state of increased retention of salt and water. Thus, judicious administration of said fluids can help prevent a state of volume overload. A suggested approach is to administer 1 to 2 L of intravenous saline slowly over a period of 24 to 48 hr, at a rate of 25 to 50 mL/hr, with monitoring for resolution of alkalosis or for normalization of the serum bicarbonate level to <30 mEq/L (McBride et al., 2016). Once volume is corrected, the metabolic alkalosis will resolve.

In addition to considering administration of gentle intravenous fluids, use of the potassium-sparing diuretic, spironolactone, is strongly recommended. Spironolactone antagonizes the effects of aldosterone in the distal renal tubule.  Thus, it can minimize edema formation secondary to excessive aldosterone levels. Further, its mild diuretic effect can help treat edema that may still occur. Effective daily dosing ranges from 25 mg to 200 mg; lower doses may be utilized initially and up-titrated as needed for increased effect if edema formation and weight gain are ongoing. Some guidelines recommend starting with 100 mg and up-titrating to a maximum effective dose of 400 mg, with up-titration every 3 to 4 days (Runyon, 2004). In our practice, we generally do not administer doses higher than 200 mg. Alternative classes of more potent diuretics, such as thiazides and loop diuretics, should generally be avoided because they can exacerbate activation of the renin-angiotensin-aldosterone axis and worsen the metabolic alkalosis. Rarely, they are judiciously required for severe edema formation with excessive edema formation despite spironolactone. However, in this complex situation, triple therapy must be initiated by those with specialized medical expertise.

In addition to medical therapies, given the distressing nature of edema in eating-disordered patients, forewarning and reassurance regarding the transient nature of edema and therapeutic support are other important components of treatment (Ehrlich et al., 2006). Failure to recognize the importance of behavioral interventions or the distress caused by edema, as well as a lack of understanding of the physiologic changes associated with edema formation, may lead patients to avoid seeking care, given previous negative experiences with edema formation and weight gain in treatment settings.

Development of edema in patients with eating disorders is a complex phenomenon. When recognized early and treated appropriately, edema can be managed quite effectively, minimizing patient distress. Doing so requires an understanding of the distinct mechanisms that allow clinicians to judiciously manage therapeutic interventions. These include administration of intravenous fluids (if the person is in an inpatient medical setting) and use of the potassium-sparing diuretic spironolactone, or simply recommending leg elevation. These interventions can mitigate the significant volume overload that can occur in patients with edema secondary to volume loss in the setting of purging, or diuretic or laxative use. In addition, providing appropriate education and therapeutic support with leg elevation for those who develop edema from early treatment of AN-R can serve to further support patients in whom edema is a significant source of distress during treatment.

Runyon B. Management of adult patients with ascites due to cirrhosis. AASLD practice guidelines.Hepatology. 2004; 39: 2087-2107.

Philip S. Mehler, MD, FACP, FAED, CEDS is President, Eating Recovery Center, and Founder and Executive Medical Director of ACUTE at Denver Health, both in Denver, CO. He is also the Glassman Professor of Medicine at the University of Colorado School of Medicine, Denver.