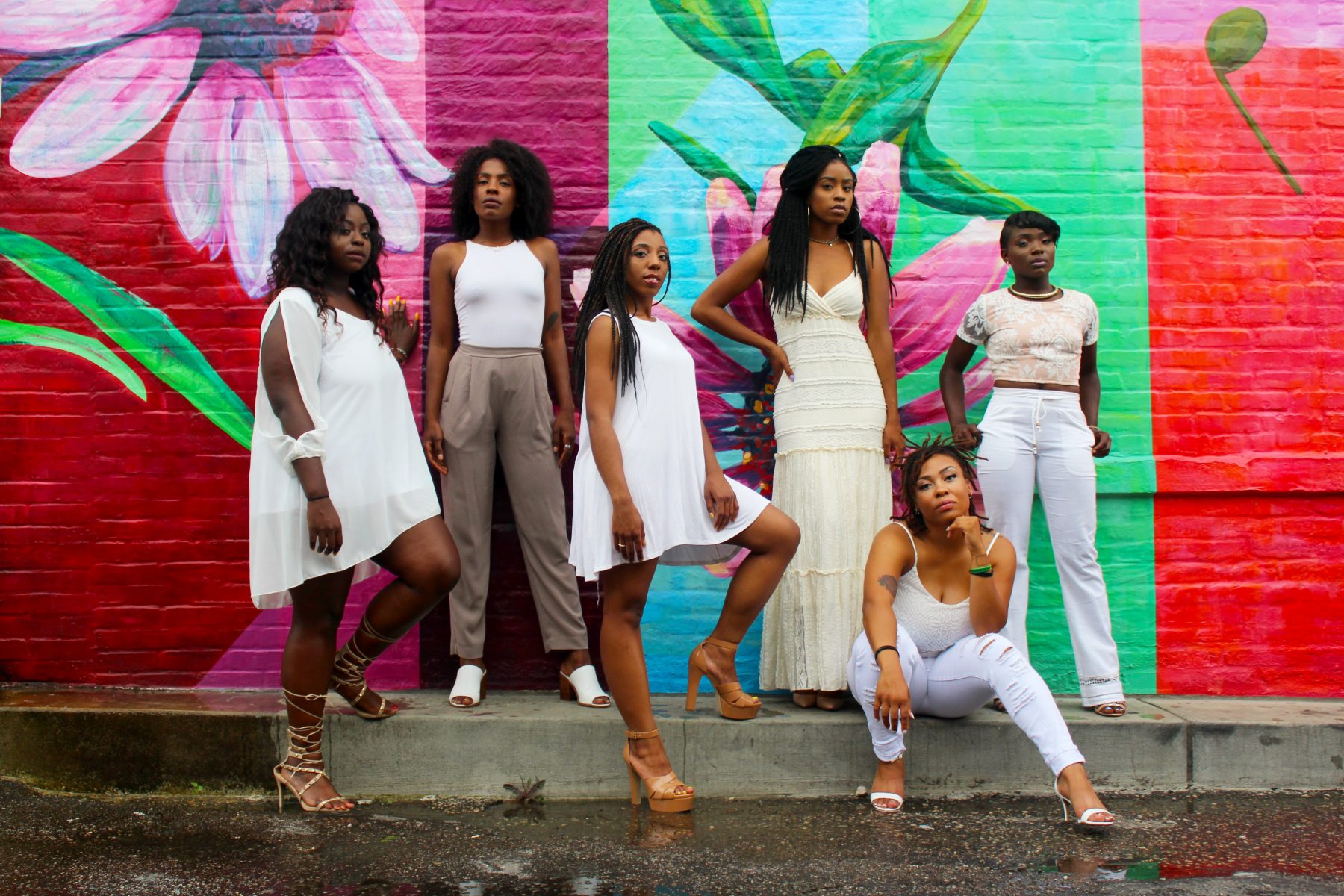 While eating disorders have long been considered a “white woman’s problem,” recent findings show that eating disorders are becoming a major health issue for black women. Black women are sometimes assumed to be less susceptible to body dissatisfaction, based on the notion that African-American culture embraces larger or curvier body types than does the dominant culture. While some research does suggest that AN is less common in black women than in white women,1  recurrent binge eating occurs at higher rates in black women than in white women.1

An example of this trend is described in a recent article by Stephanie Covington Armstrong, in which she shares her own battle with emotional eating.2 According to Armstrong, a breakup with her first boyfriend triggered memories of her childhood trauma of sexual abuse. This then brought on extreme yo-yo dieting, and later led to anorexia and bulimia. When her anorexia was at its worst, she starved herself for weeks. During her bulimic stage, after stuffing down large quantities of food, Armstrong used laxatives and exercise to try to combat the calories. She kept her struggle hidden for three years before being confronted by her sister, with whom she shared a home.

Although Armstrong’s experience is consistent with research showing that binge eating or emotional overeating is often used as a way to cope with difficult emotions triggered by past trauma, like childhood mistreatment, clinicians rarely assume that eating disorders are a problem for black women. Additionally, there are several other factors that affect black women in terms of trauma and coping that may be overlooked or disregarded but that have an undeniable effect on their health.

The Role of Stress

Problematic eating patterns may develop in response to stress, and existing eating disorders may be worsened by stress. African-American women are more likely than their white counterparts to experience poverty,3 a major, pervasive source of stress. They are also confronted with the stressors of racism and microaggressions. Black women are greatly affected by discrimination and sexual harassment in the workplace,4 and they may have limited avenues for effective recourse. Disordered eating can arise in part as a way of coping with the stress of living and working day after day in unwelcoming, hostile environments.

Black women experience depression at higher rates than do white women.5 A study of depression and coping behaviors in adolescent black and white females found that those who reported higher levels of depression were more likely to experience an eating disorder. Women who reported recurrent binge eating had especially high levels of psychological distress.6 Depression and eating disorders intensify one another in a vicious cycle. While binging may temporarily relieve unwanted feelings, the weight gain that affects some women with binge eating caused by long-term bingeing can increase feelings of depression.

The Effects of Trauma

Binge eating and overeating are often used as ways to cope with difficult emotions triggered by past trauma. Trauma can be caused not only by acute events such as assault but also by threatening circumstances or long-term situations. Thus, while childhood abuse or neglect is traumatic, so are foster-care placements and domestic violence. The illness, addiction, or absence of a parent or other primary caregiver can also be traumatic: it can also cause lasting interpersonal problems as a function of attachment style. Furthermore, a woman may experience multiple types of trauma in her lifetime.

Survivors of trauma are typically hypervigilant, always on the lookout for the next threat. This continual feeling of tension is uncomfortable, and trauma survivors often engage in some sort of self-soothing behavior in response to the discomfort. Binge eating, emotional overeating, and eating addiction are common reactions, particularly among black women. Some women with past or present trauma may have used food throughout their lives as their only reliable source of pleasure or comfort.

Stress and trauma can cause neurological changes in the brain that increase the risk of binge-eating and compulsive overeating. The cortisol and adrenaline released as part of the stress response interferes with development of other parts of the brain, especially those areas associated with judgment and impulse control. Both prenatal stress and early life stress can increase the risk of developing an eating disorder, addiction, and obesity.7  Exposure to stress early in life can result in more difficulty managing stress later and in regulating emotions throughout life, as well as a predisposition to mood disorders, impulsivity, and compulsivity.

How can clinicians do a better job of detecting and treating eating disorders in black women? Improving care starts with conceptualizing disordered eating not as a preoccupation with appearance but rather as a strategy for coping with the patient’s stress, depression, and trauma.

The Undercurrent of Racism

In a study conducted in 2008, researchers found that black women reported more comfort with being overweight, and were more likely to report themselves as underweight when they were actually in the normal range.  Researchers suggested two reasons why black women may look at weight standards differently. One reason is that black women may be distancing themselves from the unrealistic weight standards of the white culture. The other reason may be due to lingering historical depictions of black female slaves as heavy, sexless, and deviant. These findings suggest that the effects of racism from the past and present, and the trauma associated with racism, may play a critical role in black women’s health. Past historical depictions and the trauma associated with racism must be considered when dealing with and effectively treating eating disorders in the black female population.

There are certain characteristics many black women imbue that may shed light on why they are more prone to certain health issues. In Superwoman Schema: African American Women’s Views on Stress, Strength, and Health,Cheryl L. Woods-Giscombé, PhD, RNsuggests that health issues facing black women may be explained by how black women cope with stress.7  When it comes to health-related issues, stress plays a major role in the development and proliferation of illness and disease. How black women have been conditioned to cope with stress from life experiences relies heavily on this strong black woman archetype, or Superwoman role.

Difficulty Accepting Help from Others

The strongest characteristic in the strong black woman (SBW) archetype is difficulty accepting help from others and feeling the need to be very independent for fear of getting hurt. In a study conducted in 2000, young black women often used the word “strong” to describe themselves. Women who embraced this SBW image said they maintained a strong sense of self in spite of the issues they faced. In another study in a demographically diverse sample of 48 African-American women, all eight focus groups reported it was not uncommon for them to protect themselves by putting up defenses. This occurred either because they did not know how to accept help or they felt their vulnerability or dependence on others might lead to getting hurt. The participants in this study also reported reluctance in expressing emotions or seeking assistance from others because of past experiences of being let down by family members or friends. When they do seek help, they often rely on a strong sense of faith or on religious outlets such as their community church to help them overcome challenges and to remain strong in the face of adversity.

Another key characteristic of the SBW is the role of nurturer. Women who take on this role not only feel responsible for the family, but for the black community at large. They also tend to take on the dominant role in intimate relationships, and this is most prevalent in the role of the single black mother.  Black women also reported feeling a responsibility to meet everyone else’s needs before their own, and often took on multiple roles and responsibilities and had difficulty saying no even if they knew that they were overcommitting.

Interestingly, the women in Woods-Giscombé’s study made connections between the health issues they were facing and this Superwoman role. Many reported stress-related health behaviors like emotional eating, smoking, and avoiding caring for their own needs. They also reported physical health issues such as migraines, hair loss, panic attacks, and depression.

Eating/food addiction and eating disorders are not really about food at all; they are about emotions. African-American women may adopt cultural values that put them at higher risk for emotional eating — and also make it more difficult for them to seek and accept help for the problem. They may use food to numb their emotions or to distract them from life issues.  Like a beach ball held under water, emotions that are repressed may resurface with a vengeance, often in another form, such as overeating.

Integrative medicine has much to offer all women, including African-American women, when it comes to recovery from eating disorders. Problems such as binge-eating, emotional eating, anorexia and bulimia or compulsive overeating arise in a context of complex, interconnected factors, so it makes sense to take an integrative approach to treatment.

When you are working with African-American clients, it’s important to explore their history of trauma, as identified in the Adverse Childhood Experiences study.  The client cannot change a difficult past, but she can change how she cares for herself in light of her experiences. Similarly, she can’t change her body, but she can transform her relationship to her body. Unlike other compulsive behaviors, eating is not something a person can be abstinent from. A new, healthy relationship with food must be established.

Clinicians can help clients recover from disordered eating by guiding them through the following levels of healing. Healing from an eating disorder involves five levels of change:

As clinicians, we are more effective in helping our clients when we take a holistic view of their lives. It is critically important that all clinicians work to understand the whole experience of their black female and male clients, including not only their physical health but also their emotional lives and the many particular ways in which the stresses of racism, discrimination, poverty, trauma, family disruption, and adverse childhood experiences can contribute to disordered eating. It’s imperative that we recognize the potential causes and symptoms of eating disorders in our African-American clients, so they do not suffer alone. 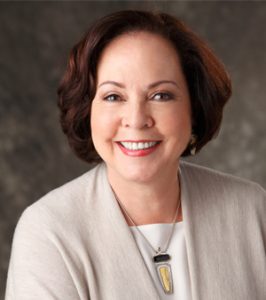 Dr. Carolyn Coker Rossis an author, speaker, expert and pioneer in the use of integrative medicine for the treatment of eating disorders, obesity, and addictions.  Formerly the director of the eating disorders program at Sierra Tucson, in Tucson, AZ, she is currently a consultant for treatment centers throughout the US.  She is the author of three books, including one of the first books on binge-eating disorder, The Binge Eating and Compulsive Overeating Workbook, and her newest book is The Food Addiction Recovery Workbook.  Dr. Ross is the CEO of The Anchor Program™, an online coaching program for people with binge eating disorder, emotional eating and other food and body image issues.