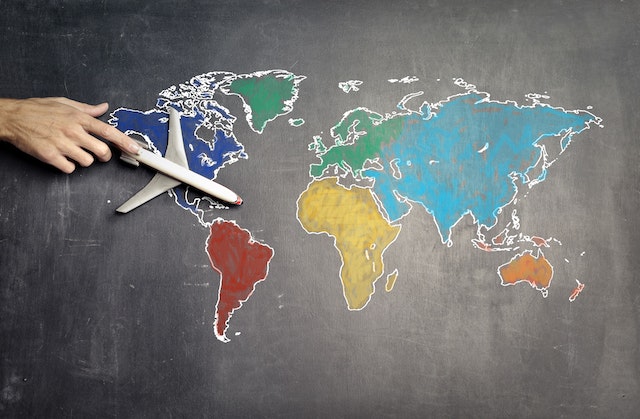 Eating disorders can affect a wide spectrum of patients.

At two recent international eating disorders conferences, keynote speakers reminded the audience of the importance of considering diversity in identifying and treating people with eating disorders. Both reported that groups often overlooked include black women, men, women at midlife and beyond, and LGBT youth.

Presentations at the IAEDP Annual meeting and the annual meeting of the Academy for Eating Disorders used a virtual format to reach national and international members. Iaedp has also pointed to unique issues for black women with EDs, including clinical biases in the diagnosis of EDs. In one study for example, when identical cases of EDs were presented, 44% of White women, and 41% of Hispanic women were identified as having an eating disorder, but only 17% of Black women were identified as having an ED.

In his keynote address at the iaedp virtual conference, “What We Know, Don’t Know, and Need to Know About Child Maltreatment, PTSD, and Trauma-related Symptoms in Adults with Eating Disorders,” Dr. Timothy D. Brewerton drew attention to an often-overlooked group with eating disorders, those with post-traumatic stress syndrome (PTSD) originating in childhood. Dr. Brewerton, of the Department of Psychiatry and Behavioral Sciences at the Medical University of South Carolina, Charleston, pointed out that childhood adversity is a risk factor for eating disorders. Individuals with a lifetime diagnosis of anorexia nervosa who develop AN in childhood have more severe symptoms, a greater incidence of obsessive-compulsive disorder, or OCD, and other adverse childhood experiences, the lowest BMIs, the longest-lasting episodes, were least likely to attend college, and had the highest rates of lifetime psychiatric comorbidities. Those with early-onset bulimia nervosa also had more severe illness, and higher incidences of victimization, lifetime PTSD diagnoses, and substance abuse. All the results point to the importance of addressing and assessing PTSD during ED treatment, especially among those with earlier onset of symptoms.

The implications for prevention and treatment are that onset of EDs during childhood need to be a focus of further study and intervention, he stressed. This is underscored by the fact that the earlier the onset, despite diagnosis, the greater the likelihood of trauma, PTSD, and greater severity of illness that requires a higher level of care.

In a recent study, Dr. Brewerton and colleagues found that children with onset of trauma during their childhood had significantly higher rates of traumatic life events, a higher prevalence of PTSD, and higher BMIs, more traumatic life events, and greater severity of EDs (Eur Eat Disorders Rev. 2022. 1-11). In addition, those who had experienced childhood trauma had an overall worse quality of life. These patients also had more inpatient and residential admissions. They also had histories of more inpatient and residential admissions for ED treatment compared to those whose eating disorders had an onset during adolescence or adulthood.

EDS and Dissociative Identity Disorder (DID), also termed multiple personality disorder, was another focus of Dr. Brewerton’s presentation. These cases are related to overwhelming experiences of trauma, especially during childhood. This phenomenon, which was been termed “hysterical phenomena” by Josef Breuer and Sigmund Freud in 1896, has been debated for some time. Some believe that this is a fad or is rare or over-diagnosed, or is really borderline personality disorder, and even that treatment can be harmful. Instead, according to Dr. Brewerton, there is positive proof that DID can be successfully treated in a specialty, trauma-informed ED program. Patients have two or more completely different personalities, and a wide range of symptoms, including depression, drug abuse, eating disorders, anxiety, panic attacks, and suicidal tendencies, among others.

The International Conference on Eating Disorders (ICED) meeting, held from June 9-11, in Monterrey, Nuevo Leon, Mexico, and in virtual sessions turned its attention to often-overlooked groups with EDs. In its virtual presentation, AED’s keynote speaker, author Sabrina Strings, PhD, Associate Professor of Sociology and Chancellor’s Fellow at the University of California, Irvine, took listeners on a historical tour of fat stigma among Black women. She outlined the many barriers that Black American women and men encounter when seeking treatment for an eating disorder. In her presentation, “Fatphobia as Mysogynoir: Gender, Race, and Weight Stigma,” she pointed to an historical clinical bias against Black women that remains today. Just a few of today’s barriers to care include lack of insurance or underinsurance, lack of clinical providers, and distrust of the healthcare system in general.

In both keynote presentations, the speakers reminded the audience of the diversity of ED patients and the importance of identifying symptoms among diverse patient groups.