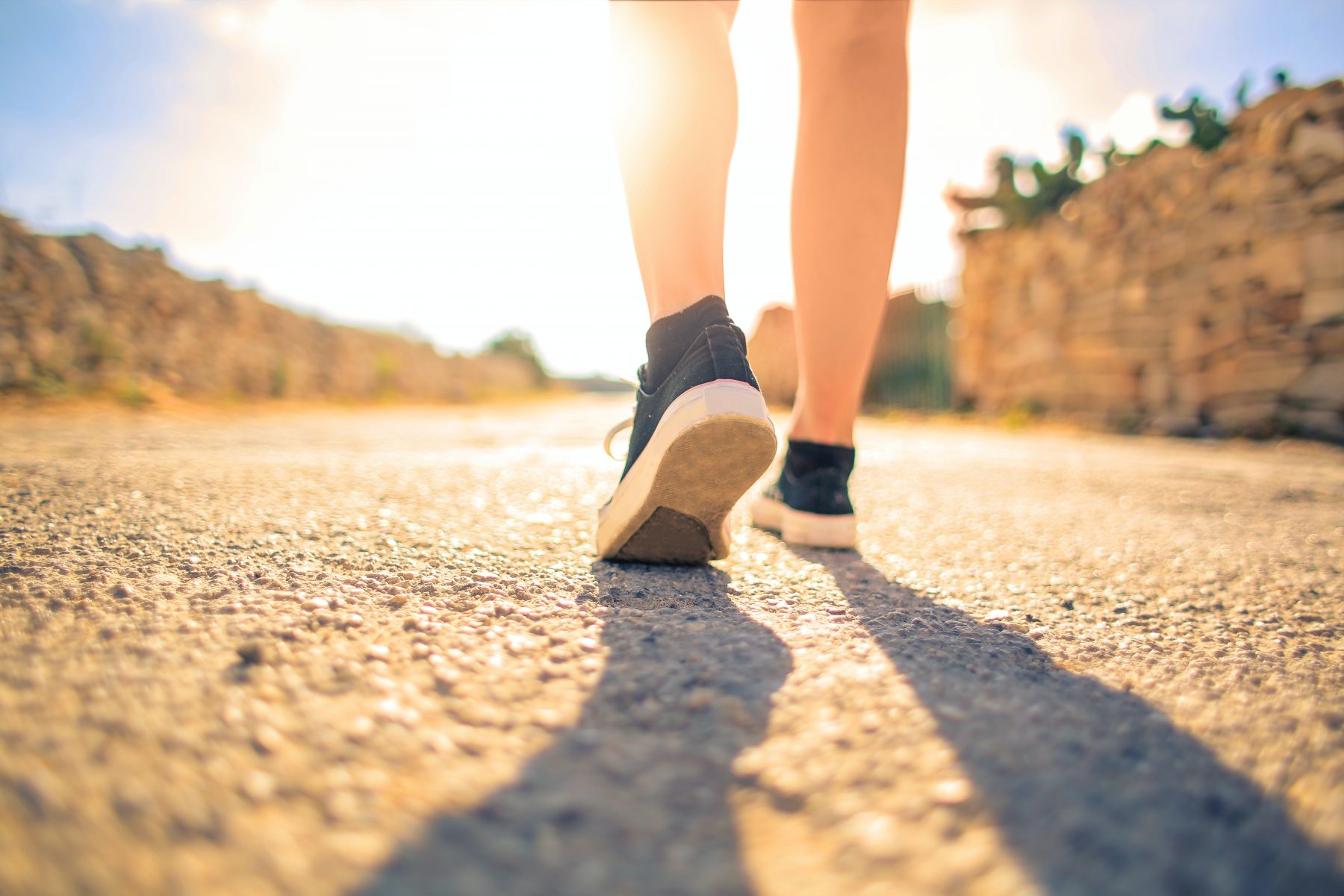 At some point during treatment, sometimes at a pre-specified age, a patient with anorexia nervosa becomes eligible to transfer to adult services. Care handoffs of this sort are problematic in many areas of medicine, and this has led to recommendations intended to improve the process (including one from Britain’s Royal College of Psychiatrists on this very topic). The transition can be smooth, but at times is not, according to Dr. Anthony P. Winston and his colleagues at Aspen Centre and Coventry and Warwickshire Trust, Warwick, UK.

Dr. Winston and his team note that problematic transitions can result in dropout from treatment, interrupted treatment, and avoidable re-admissions to the hospital. The British group also found that only a few services are available that refer child and adolescent patients in mental health services (CAMHS) to specialist adult services. They theorize this may be due to the relatively small investment in adult services in Great Britain (BJ Psych Bulletin. 2022 doi:10.1192/bjb.2021.109).

Dr. Winston and his team distributed a self-report questionnaire designed to establish how many child and adolescent teams actually met the Royal College of Psychiatrists’ recommendations for managing transition between the youthful treatment centers and adult services for eating disorders. The authors distributed the Royal College recommendations to 70 teams in England that provide eating disorders treatment. Thirty-eight services agreed to participate in the current study.

Problematic transitions can result in dropout from treatment, interrupted treatment, and avoidable re-admissions to the hospital.

Among the participating centers, 97% had a fixed age limit for treatment transition ranging from 16 to 25 years of age, with 18 being the most common age. Most CAMHS centers set their transition boundary to match that of the anticipated adult service. Slightly more than half of the young patients went to specialist ED services, and the remainder were transferred to community health care teams. Slightly more than half of the CAHMS centers had a transition protocol specifically designed for young people with EDs, and 68% had a generic protocol for all young people being transferred to adult services. Twenty-eight services reported having active discussions with the adult service, beginning at least 6 months before the planned transition.

The authors found that the CAMHS services did reasonably well in terms of identifying the young patients’ individual needs in advance. Many reported that the transition included working with adult services to manage the transfer prior to the actual move. However, the authors also found that 22% of the services did not use individualized transition forms, and 26% failed to provide transitional support for the family and caregivers. Most did offer the services of a transition coordinator to help the young person during the change to the adult center. Because coordinated care is very difficult to maintain with an interruption in services, the authors were concerned to find that nearly 24% of services reported a discrepancy between the time at which CAMHS services ended and adult services began. This only increased the chances that young people would lose contact with ED treatment services.

The authors noted that this fragmentation also made it impossible to start interventions such as the Episodic Rapid Early Intervention for Eating Disorders, or the FREED program [see “A Promising Program for Emerging Adults with EDs,” in the May-June issue of EDR].

One important thing to note was that only a few services reported that their young clients are always transferred to a specialist adult ED service. Instead, patients were referred to a generic service, presumably based on the perceived severity of the ED.

Some of the limitations of the study were that it surveyed only services in Great Britain, and the overall response rate was only 58%, which might be a source of bias, say the authors. It also might have been helpful to have data from a wider viewpoint, from adult ED services and from the viewpoints of parents and patients.

Two studies from Dr. Veronica Lockertsen and colleagues in Oslo, Norway, analyzed the experiences of mental health professionals and parents of patients with AN who moved from CAMH services to adult services (BMC Health Services Research. 2020. 20:890; J Eat Disord. 2021. 9:45). Many of the problems came from less-than-ideal communication between healthcare professionals at CAMH centers and those at adult treatment services.

In recorded interviews and through focus groups, mental health professionals reported four main barriers to the transition process: (1) parents were included to differing degrees at different centers; (2) mistrust between CAMHS and adults services created a lack of collaboration and predictability for the transfer; (3) clinicians reported a lack of self-confidence among professionals, which affected continuity of care; and, finally, (4) there was a lack of trust between services and/or not enough focus on building a new alliance, leading to a negative effect on patients with AN.

One problem in the transfer involved parents, who are recognized as an important part of CAMH programs and theoretically should be involved from the first meeting on. Some of the adult treatment services had few resources and thus less time to include parents. Also, some centers found it hard to prioritize collaboration with parents and also felt insecure about how to use information provided by parents. And, after age 18, patients frequently choose not to include their parents in their treatment. This put professionals in a difficult position and, as one noted, “when parents aren’t included, they don’t manage and back off.” One answer to this was to emphasize the importance of the patient’s level of maturity and his or her readiness for treatment in an adult center. However, when so much responsibility was given to the patient too rapidly, relapse often followed. When too much emphasis was placed upon autonomy and voluntary treatment, some patients reported just “wanting to be alone with my symptoms.”

In their second study, Dr. Lockertsen’s team found several challenging areas reported by parents. Parents have an important caregiving role, which changes when their children enter adult services. For example, in the CAMH programs, parents are responsible for meals and weight restoration; however, in adult treatment, the patient has responsibility for these areas. Often, both patients and parents are not prepared for these changes in responsibilities.

The parents listed several areas they would like to see improved during and after the transfer to adult services. First, the discharge from CAMHS to adult services often seemed extremely abrupt for parents. Second, parents reported that the lack of continuity was often followed by deterioration of and relapses in their child. The lack of involvement and information was distressing to the parents. In addition, parents needed more knowledge about the ED and the transition to adult care, and felt this was important for developing a trusting relationship between them and the clinicians at adult care facilities. Finally, the parents felt overwhelming, multifaceted responsibilities and felt they needed professional support. Strong emotions, fear, and frustration were common among the parents.

Just as in the earlier study of healthcare professionals, knowledge was a very important part of the transition process. The authors note that clinicians treating AN patients in transition need to balance the patients’ needs for independence with the degree of parental involvement in treatment. Somehow, while parents need to be informed and to have professional support, young AN patients need to continue developing autonomy and independence in adult treatment.

Dr. Lockertsen and her team recommend that the clinicians involved with the transition consider the important role parents have as a secure center for adolescents at this turbulent period in their lives. “Establishing family support within healthcare services could decrease the negative aspects of caregiving during the transition period,” they write.

What do we take from this work?

Several themes emerge from these studies. First, the UK study suggests that it is possible to create a thoughtful program. In reality, actual use of the program varies. Second, team communication seems paramount, but can be difficult to do well. Third, the change to a new treatment team often occurs around a time where patients with AN experience new autonomy. The involvement (and decision-making ability) of the family can drop significantly. These studies plus clinical experience shows this brings many challenges and frustrations.