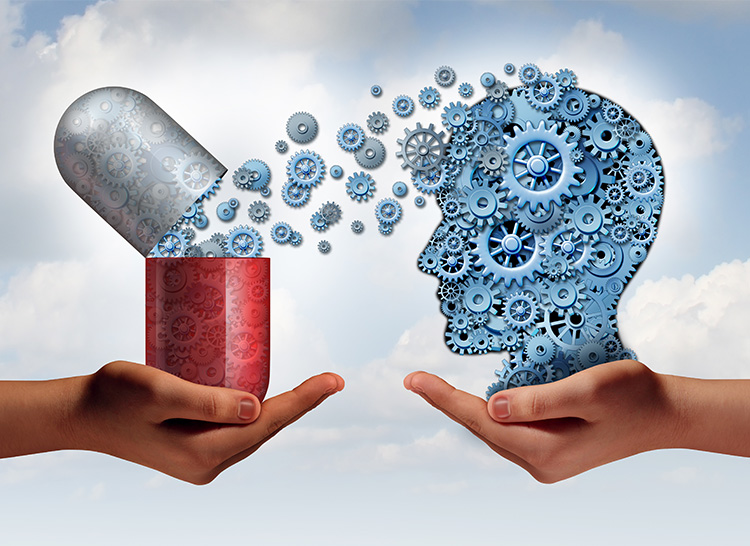 Nutritional rehabilitation and psychotherapy are the mainstays of anorexia nervosa (AN) treatment. In contrast, medications are widely regarded as of little value in AN, either for acute treatment or for preventing relapse. A very wide range of medicines have been tried, and most have shown little benefit.

Recent research has examined the efficacy of atypical antipsychotics, particularly olanzapine, for AN, and this literature is mixed. Some studies have suggested that these agents are beneficial for weight gain or effective against psychological variables, such as obsessionality, while others do not. In a recent large study, Attia and colleagues (Attia, et al., American Journal of Psychiatry: doi: 10.1176/appi.ajp.2018.18101125) shed further light on this topic.

A 16-week controlled trial with olanzapine

In this multi-site study, 152 individuals with AN received either olanzapine or a placebo for 16 weeks. The results showed greater weight gain with olanzapine, equating to approximately 1 lb per month more weight restoration in the olanzapine-treated group. There was no evidence of changes in other relevant psychological variables. In particular, improvements in obsessionality (seen in other treatment studies) were not observed. The metabolic disturbance often reported with atypical antipsychotics was not seen in this sample.

This is an important study, with many strengths. For an AN study, the sample was large. In addition, it was a multicenter study conducted in outpatient settings. Many eating disorder medication studies are so brief as not to reflect common clinical use (for example, an 8-week trial has been common in the bulimia nervosa literature). A 16-week study, as in this case, is much more realistic.

One would have hoped to see cognitive changes with olanzapine treatment. It certainly seems plausible that the main role for medications in AN treatment may be indirectly influencing weight restoration by directly influencing related cognitive variables, such as obsessionality, cognitive rigidity, and anxiety, etc., yet evidence for that was not seen here. Nonetheless, the results of this study should reinvigorate interest in pharmacotherapy for people with AN.