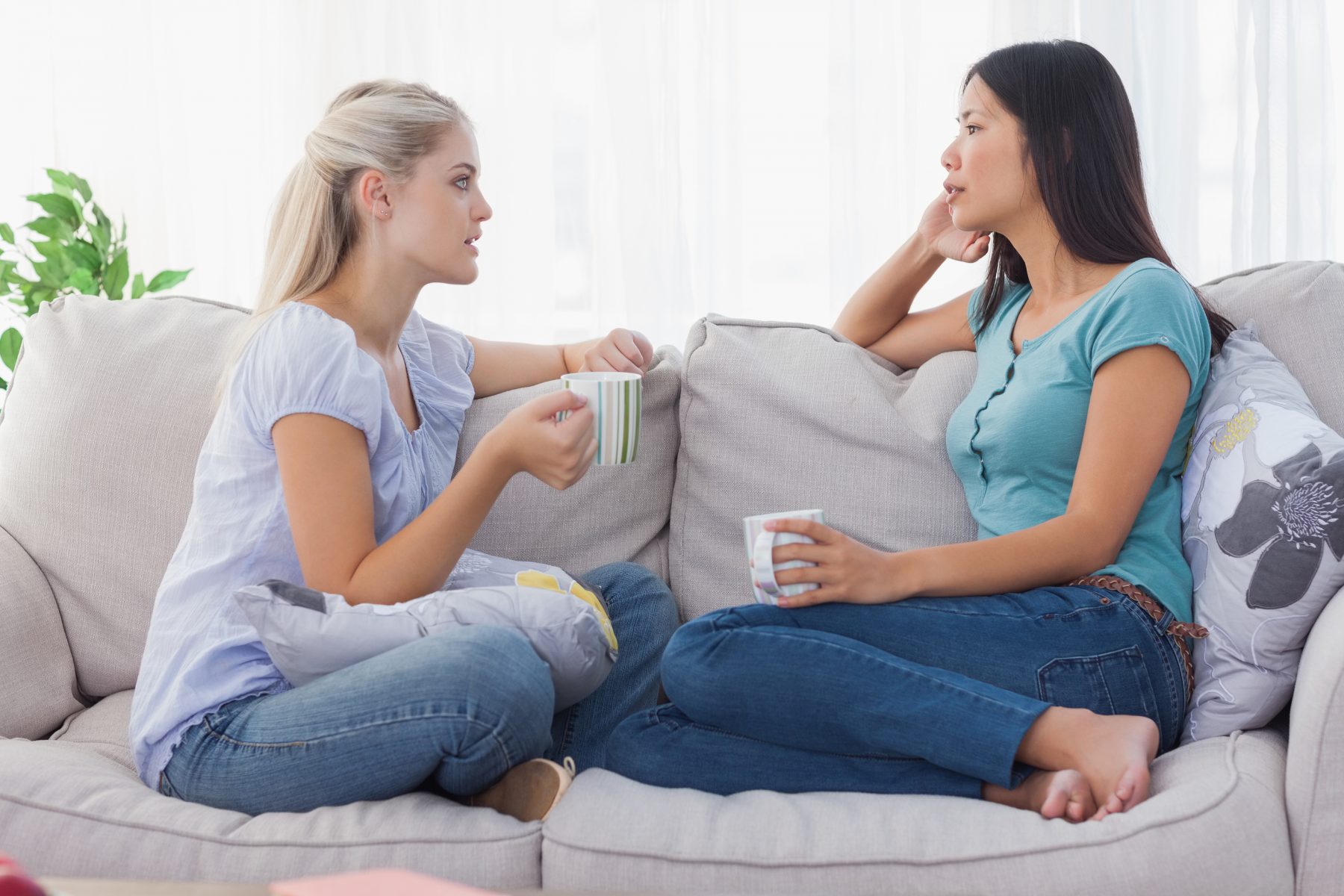 At the 2016 International Association of Eating Disorders Professionals (iaedp) Symposium on Amelia Island, FL, February 18-21, one of the many themes was the evolving role of the neurobiobehavioral system in diagnosis and treatment of most eating disorders.

In a sometimes lyrical and poetic keynote presentation, Stephen W. Porges, PhD, Distinguished University Scientist at the Kinsey Institute, Indiana University, Bloomington, told the audience that human connectedness is a biological imperative for well-being, and has very real implications for treating people with eating disorders.

Dr. Porges first established the Polyvagal theory in 1994. In his keynote speech he reiterated that the biological basis underlying social behavior is that physiologic regulators are embedded in relationships. Polyvagal theory provides a new perspective on eating disorders. This theory stresses the importance of social connectedness and defines eating disorders as disorders of biobehavioral state regulation. That is, an eating disorder is an inefficient strategy that attempts to regulate an underlying autonomic state, leading to poor social relationships and poor emotional regulation.

An eating disorder appears when ingestive behaviors replace social behavior as a primary regulator of the autonomic state, said Dr. Porges He noted that beginning at birth mammals require social contact, including face-to-face behaviors, sharing facial expressions and gestures, and prosodic vocalizations. The face, particularly the upper part of the face and the eyes, reflects the polyvagal state, he said. A second phase in mammalian connectedness is the importance of physical contact without fear, contact that promotes a sense of trust, safety, and love. One critical part of a social engagement system is the “face-to-heart” connection, he said. Beginning at birth, mammals need bidirectional neural communication between the face and the heart, which forms the core of an all-important social engagement system. Metabolic demands, perceived danger, threats to life, and illness retract the social engagement system, leading to a face that is not “social” and a physiological state that promotes defensive behaviors. Looking at a person’s face can reveal their polyvagal state, he said.

When eating disorders are viewed from the polyvagal theory, adaptive behaviors appear. For example, ingestive behaviors are a way to regulate the autonomic state and a way to “feel safe” and to down-regulate feelings of defensiveness. An eating disorder is the result of an inefficient strategy to use ingestion, in the absence of social behavior, to regulate the underlying biobehavioral state.

Trauma and abuse also disrupt social awareness, leading to immobilization and dissociation. To defend is to disappear, he said. In anorexia nervosa, is the anorexic attempting to disappear? Dr. Porges has written that opportunities to feel safe are critical to human development, but that in our world, cues of danger continuously invade our environments at work and at play. Even our homes are not immune to a barrage of negativity, he added. Dr. Porges said, “We as humans seek safety, and this feeling of safety is based on social connectedness, which provides promotes both mental and physical health.” He pointed out that “Being safe s not the equivalent of removing a threat.”

In our social interactions, the importance of face to face interactions, vocalizations, body posture, and gestures provide cues to safety or danger, and are an efficient means to co-regulate the physiological state. Dr. Porges also asked the audience to consider how development of technologies that promote email, texting, and other non-direct ways to communicate may be affecting the social engagement humans must have to fulfill their natural need for connectedness.

Keeping the Brain in Mind during Therapy

In a second keynote speech, psychotherapist Francine Lapides, MFT, Director of Santa Cruz County San Lorenzo Valley Counseling and Psychotherapy, Santa Cruz, CA, described how decades of studying neuroscience have impacted her work as a psychotherapist. Continuing Dr. Porges’ description of the hemispheric differences between the left brain and right brain, Lapides noted that the right brain, which controls unconscious and affective thought, is the seat of nonverbal communication, for example, reading facial expressions, prosody, or speech that explains emotions and attitudes, and gestures, empathy, intuition, attachment, metaphors and poetry and music, and affect regulation. For the first 2 years of life, infants are right-brain beings, she said. Then, all throughout life, the right brain is dominant for attachment functions, processing of emotions and body states, empathy and intimacy, and affect regulation. The left brain, in contrast, is explicit-conscious, enables verbal speech and cognitive processes. The left brain enables analytic, rational, interpretative, abstraction, logic and linear thinking, literal and focuses on specifics and details.

Lapides told the audience that while traditional western psychotherapy has been taught as a “top-down,” left-brain model of conscious cognition, using verbal insights and interpretations, for example, neuroscience is increasingly pointing to the need for more “bottom-up” approaches to therapy. These include affective, experiential, and embodied approaches. Working top-down includes thinking and talking, when what are really needed for patients with eating disorders are psychotherapies that are “bottom up,” that is, affective, relational and embodied. Working “bottom up” means shifting to the right brain, working with the affect, and the body and unconscious mind. She also suggested that therapists need to stay in their own right brains; that is, to avoid getting lost in the story.

In separate workshop, Lapides explained that working “top-down” involves thinking and talking about problems, analyzing, theorizing and instructing, and assigning (all using the left brain) to change material stored in the subcortical right brain. However, she said. “We also need psychotherapies that are bottom up, such as affective, relational, and embodied approaches.” She added that in therapy, psychotherapists need therapy experiences, such as activation—“you have to activate, then regulate, to heal,” she said. In trauma therapy, for example, the newer bottom- up approach is to use safe reactivation of affect and “implicit relational schema” to embed new material into old neural networks that are often from pre-verbal neural network, she stressed.

Lapides also told symposium attendees that trauma has both explicit and implicit components. Some of the implicit components of trauma are automatic, unconscious, body-based and decisional aspects of the mind that a therapist cannot access or change by using explicit, conscious, verbal channels, which have little connection to the conscious, rational left brain. Most symptoms seen in therapy are generated or complicated by “implicit, unconscious relational knowings,” she pointed out. Lapides also urged audience members to communicate right brain to right brain. In summary, she said, “You live in a body and you have a right brain; use them more in doing psychotherapy!”

In the world of addictions, addiction to food has shown similar patterns of neural activation as other abused substances and are now implicated in addictive-like behavior and substance dependence, according to Kimberly Dennis, CEO and Medical Director of Timberline Knolls, Lemont, IL. Parallels between substance use disorders and substance addiction can be seen as food addiction in a subgroup of patients with bulimia nervosa and binge eating disorder

Two areas, elevated activation of the reward circuitry in response to food cues and reduced activation of inhibitory regions after food intake, underscore the similarity to other types of addictions. Dr. Dennis described the brain reward pathway, which is made up of the ventral tegmental area, the nucleus accumbens, and the prefrontal cortex. A “rewarding” stimulus activates this pathway.

Dr. Dennis then drew parallels between addiction and food choices in anorexia nervosa. Newer imaging techniques such as functional magnetic resonance imaging, or fMRI, show increased frontostriatal activity in patients with AN when they make maladaptive food choices. The same dorsal striatum is active in expression of learned autonomic behaviors. All of this points to the existence of frontostriatal abnormalities in persons with persistent maladaptive behaviors, just as is seen in addiction. In patients with AN, food restriction increases reward sensitivity, she said, adding that body weight and reward threshold are directly correlated. Again, this parallels drug reward. Research has also shown that increase in stress prior to learned behavior is associated with dependence on stimulus-response habits; thus, behaviors that are initially rewarding become persistent.