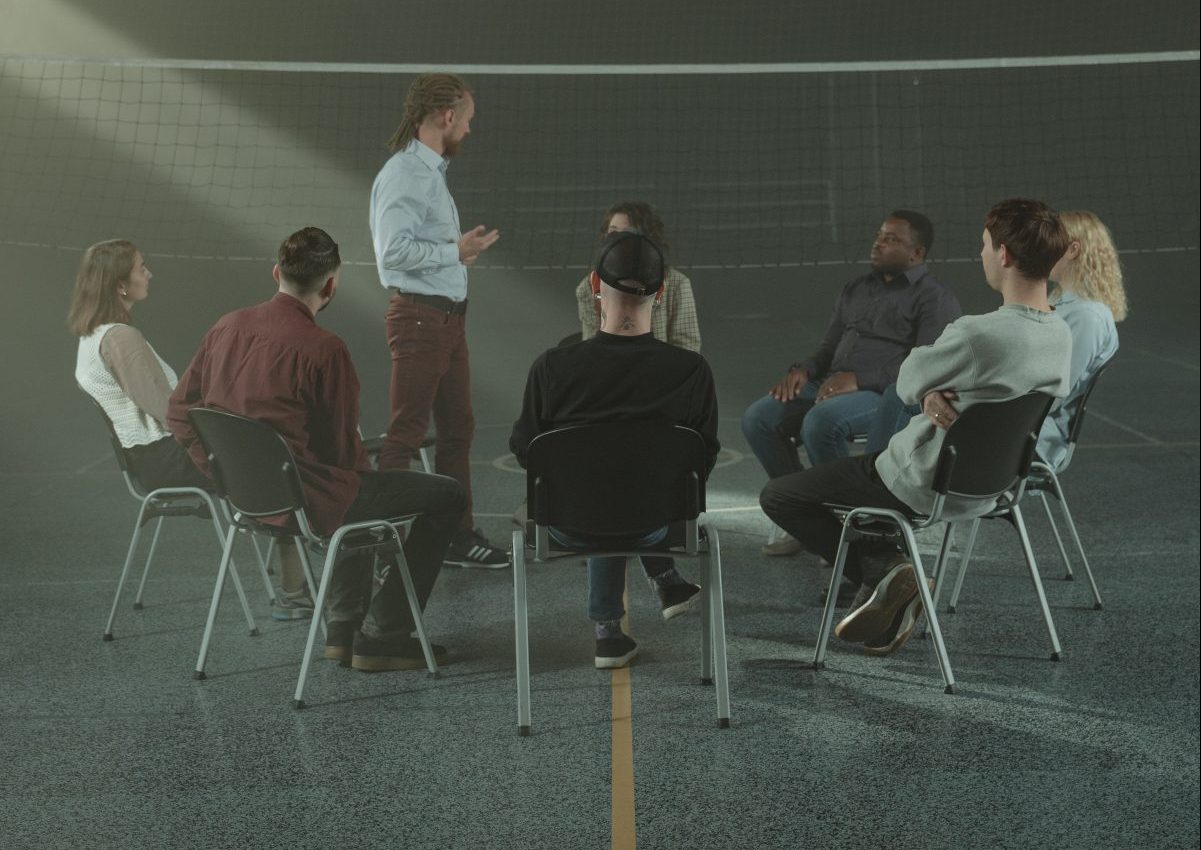 After medical stabilization in-hospital treatment is completed, teenaged ED patients in poor physical condition or at risk of suicidal behavior can continue to be treated in a safe environment with inpatient care.  However, inpatient care is expensive, and can detach patients from family, friends, school and work. Different forms of outpatient programs, such as ED daycare or partial hospitalization, can mitigate these drawbacks. Another option targets skills intervention training for parents of teens with AN.

For teens with eating disorders, daycare programs help promote independence, support internalization of skills gained during inpatient therapy, and encourage use of these skills in daily life, according to a group of Israeli clinical researchers. The researchers note that daycare programs enable teens to continue outpatient treatment while comfortably continuing their routines at school and maintaining family and social contacts as well.

The pediatric eating disorders treatment service at Safra Children’s Hospital, Sheba Medical Center, Tel Hashomer, Israel, offers inpatient, daycare, and ambulatory programs for children and teens between the ages of 6 and 18 years with diverse types of EDs. According to Dr. Liron Litmanovich-Cohen and colleagues at Sheba Medical Center, the center acts as a “wraparound” service, where patients can move from one facility to the other, depending on their current conditions and needs (Front Psychiatry. 2021; 12: article 648842). The Israeli daycare facility is located in the hospital near the inpatient department and operates 3 days a week during the afternoons, so students can continue to attend school in the mornings. Participating teens eat two supervised meals daily at the center, one in the daycare dining room and one in the hospital cafeteria. The cafeteria meals are included to help the teens readjust to normal meal settings, as in a school cafeteria or in a restaurant, for example.

The authors conducted a study from 2013 to 2017 for female inpatients older than 15 who had AN, BN, or eating disorders not otherwise specified (EDNOS). To qualify as being in remission, patients had to abstain from bingeing, purging, or restricting eating for at least 8 consecutive weeks before being assessed.  The researchers also evaluated and rated patients for social functioning with family and/or their peers. Social functioning was measured by assessing the extent to which the patients’ motivation to renew old friendships or to create new ones, continuing meaningful and fulfilling relationships with family and peers, or being involved in a romantic relationship.

Almost half of the teens completing treatment in the post-hospitalization daycare center were considered to be in remission at 1-year follow-up, compared to fewer than 25% of those in the non-treatment group, a significant difference. About half of both groups were considered to have good social functioning at 1-year follow-up. No between-group differences were reported in ED symptoms or for body mass index (BMI, mg/kg2); 86% of individuals completing the daycare program reported the return of regular menstruation at follow-up, compared with 75% of those who did not attend or complete the daycare program (this was not considered a significant between-group difference).

Interestingly, all participants in the study were treated with psychotropic medications upon discharge from inpatient treatment, with their therapists sanctioning the continued use of    psychotherapy and pharmacotherapy. More than two-thirds of patients in both groups were still using pharmacotherapy at follow-up; most medications were selective serotonin reuptake inhibitors (SSRIs). All patients remaining in the daycare program longer than 5 months continued with psychotherapy, compared to two-thirds of those who did not remain in the program. Continuing psychotherapy might have been especially important for patients in remission who still demonstrated maladaptive preoccupation with eating at follow-up. The authors suggest this was important because having ED- and body-image-related concerns after initial remission can be associated with a greater risk of relapse later. The authors suggest that future research be conducted in larger populations and for longer periods. They noted that cooperation with parents is also a critical topic that should be addressed in future studies.

BMI measurements were within normal ranges at follow-up, whether the teens completed daycare treatment or not. Thus, adolescent teenage females with EDs can maintain normal-range BMIs from discharge from inpatient care to 1-year follow-up even if they do not complete daycare treatment. Regardless, completing a post-hospitalization daycare program may enhance the 1-year follow-up outcome of former ED inpatients, say Dr. Litmanovich-Cohen and colleagues.

While skills training for caregivers of patients with AN  has been effective for improving caregiver skills, the  impact on patients, especially adolescents, is still unknown, according to Dr. Julia Philipp and colleagues at the Medical University of Vienna (Int J Environ Res Public Health. 2021;18:4656).   Parental distress reduction interventions based on the model developed by Treasure et al. (Clin Med. 2020; 9:630) can reduce parental burden and highly expressed emotion and distress, and can improve caregiver skills among parents. Online interventions and in-person workshops were equally effective.

Dr. Philipp and colleagues designed a study to assess the impact of one such intervention, the Supporting Carers of Children and Adolescents with Eating Disorders in Austria, or SUCCEAT.  This is a parental skills training program based on the cognitive interpersonal model of maintaining factors for EDs, and is delivered either in workshops or online. In their study, caregivers of adolescent patients with AN or atypical AN were allocated to the SUCCEAT workshops or to online interventions. The patients, all  between 10 and 19 years of age who had AN or atypical AN and their main caregivers (1 parent for each child), were eligible to participate.  Children and teens with severe comorbidities and caregivers with severe morbidities were excluded from the study.

The goal of the SUCCEAT intervention is to alleviate caregivers’ distress and burden, to enable them to help support their children with AN, and to achieve long-term changes for a healing atmosphere within their families through reduced high expressed emotion (HEE), and improved communication skills.

The intervention provides skills to the parents to improve communication in the family and to enhance the child or teen’s motivation to change. Both the online and workshop versions of SUCCEAT are structured interventions, involving working with caregivers of a group of about 8 children and adolescents during the course of 8 weekly sessions. The 2-hour sessions were held once a week at the Medical University of Vienna, where the children and adolescents also received treatment as usual. Parents were given a detailed manual and a DVD of best-practice examples of ways to better communicate with their children. They also received weekly information handouts.

The online program began with a personal welcome for caregivers, so they could get to know one another and the program coaches. Parents in the workshop program also received the DVD and were given access to the online platform, where they could find the same intervention materials as the workshop group. The coaches responded to caregivers’ questions and provided feedback to their progress once a weekly via the online platform.

Improvement was seen online and in workshops

After the intervention, the authors found that all outcome measures, including BMI percentile, ED psychopathology, behavioral dimensions of EDs, motivation to change, motivational and behavioral problems, and quality of life improved among both the workshop and online participants.  In fact, there was no difference in the outcome variables between the workshop and online groups.  Patients whose parents participated in the online group showed similar improvement as did patients with parents who participated in the face-to-face workshops. The positive effects were not limited to ED psychopathology. Motivation to change, general psychopathology, and quality of life also improved during the study. The children and teens reported increased quality of life, shown in emotional, physical, and social well-being, self-esteem, and everyday functioning in school. The authors noted that theirs is the first study of specialized skills training for parents of children and adolescents that showed a broad number of benefits for parents, including motivation to change, general psychopathology, and improved quality of life.

The authors concluded that adolescent patients with AN might benefit from intervention for their caregivers, in addition to treatment as usual, especially over the long term. Their results strongly “support the importance of involving the family in the treatment of adolescents with AN by offering SUCCEAT training,” according to the authors. They also pointed out that, particularly in this time of COVID restrictions, an online program like SUCCEAT that integrates online support for caregivers of AN patients can be an effective add-on to treatment as usual.