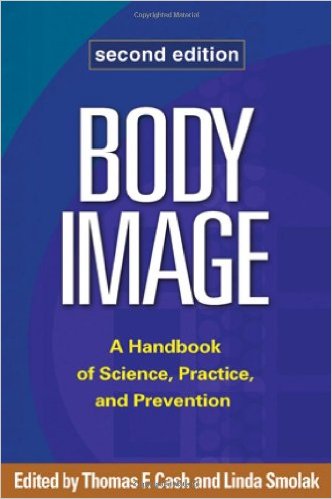 When a second edition of a major handbook appears only 9 years after the first, you know that the first edition (2002) was well received, had something important to say, attracted a sizable audience, and was compiled and fashioned by well-respected editors. You can also anticipate that sufficient numbers of substantial advances have been made in the field to merit all the time and effort required to produce a second go-round of this magnitude of work.

In all these ways, Cash and Smolak have succeeded with the second edition. The 53 chapters of the new edition ably cover the rapidly growing research and clinical literature in body image and related areas. As the editors point out, the number of body image related articles appearing in the PsychInfo and Medline data bases more than doubled from 2000 through 2010 compared to the prior decade. To my perusal, easily more than 95% of the numerous articles references in this edition were published after the first edition went to press. So, there’s a lot of new stuff here.

The sections cover the waterfront: Following an excellent section containing an array of perspectives on basic conceptual approaches to understanding body image (ranging from basic genetic and biological, cognitive-science and cognitive-behavioral, and through feminist to various sociocultural lenses), an excellent section comprised of 7 chapters covers body image development across the lifespan. The fully updated section considering advances in body image assessment, of particular interest to students and researchers, is followed by thorough and thoughtful treatments of individual and cultural differences. Clinicians will particularly value the authoritative presentations concerning psychological disorders associated with body image dysfunctions (e.g., body dysmorphic disorders, eating disorders, and others), and body image issues in general medical contexts (e.g., dermatology, oncology, rheumatology, ob-gyn, and others in which disfiguring conditions are common concerns).

Treatment issues are addressed in two sections, one covering medical, surgical and general behavioral approaches spanning medications, surgeries (from bariatric to reconstructive to cosmetic) and even physical exercise. The chapter on tattooing and body piercing, far more prominent now in the general population than a decade ago, is of particular interest and novelty. The sections on psychosocial interventions and prevention include reviews of familiar cognitive-behavioral and experiential approaches, and extend to computer-based and school-based programs.

Overall, as with the first edition, this updated volume should interest and be of considerable value to a wide professional and scientific audience.